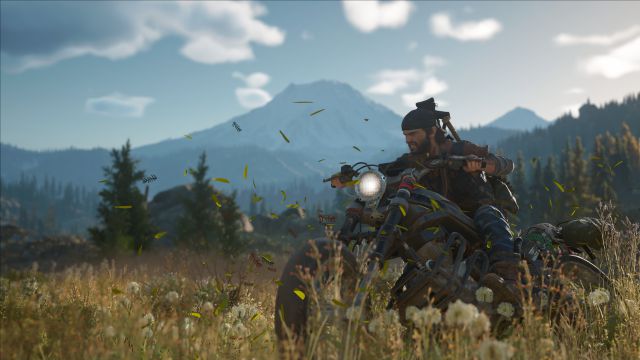 Days Gone: After Days Gone, Bend Studio is working on “a very exciting new IP” open world. The head of PlayStation Studios talks about the future. Bend Studio, responsible for Days Gone, are working on a new, unpublished franchise. This has been assured by Hermen Hulst, head of PlayStation Studios. The director shares that they are “building in the deep systems of the open world.”

The new brands are “really important” for PlayStation, according to Hermen Hulst

“Bend Studio is working on a very exciting new IP in which they are putting a lot, a lot of passion. They are building on the deep open world systems that they developed with Days Gone, “says Hulst, who says he is” very happy “for the team.

The head of PlayStation Studios shares the importance of creating new brands that are part of his catalog. “The new IPs are really important to us. New brands are the soul of the video game. But they are only one aspect of our strategy, ”he says. “I want PlayStation Studios to be daring, to take risks. I want us to continue embracing the legacy of PlayStation, pushing the boundaries of the game, continuing to make video games that matter. Games that probably would never have been played anywhere else ”.

Hulst’s speech has been repeating for a few weeks. On May 12, he assured that they have more than 25 titles in development for PS5 of “different sizes”, both “big” and “small”. “There is an incredible amount of variety that originates from different regions,” he narrated.

Along with the comments on Bend Studio, Hulst again underlines that grid of projects on the way, to which he adds that “almost half of them are new brands.” “The other half are titles framed in franchises that all PlayStation fans already know and love,” he remarks.

As for the current situation around the team, in May Days Gone came to PC, a version of which we said is “the definitive version” of the game. “It does not fix the most fundamental problems of the title but it is capable of demonstrating the primary vision of its creators,” we commented. You can read the full analysis here.

Gran Turismo 7 Rectifies: It Will Omprove The Reward System And...