Home Entertainment Days Gone 2: former director admits the existence of the project, but... 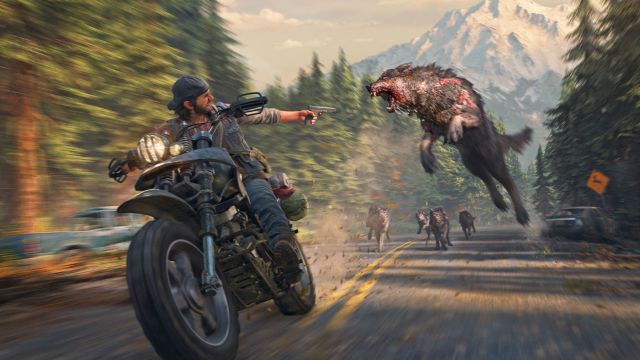 Days Gone 2: Bloomberg recently posted that Bend Studio was outlining a sequel, but according to the article it was not approved by Sony.Jeff Ross, director of Days Gone, has acknowledged that he was working on a sequel project, but due to the confidentiality agreement signed after his departure from Sony, he has not been able to confirm whether Days Gone 2 is still running or has been canceled. He has pointed this out in an interview with David Jaffe, the creator of God of War, where he has discussed some issues related to the video game starring Deacon St. John.

In an article published by Jason Schreier in Bloomberg, it was ensured that the Japanese company had not given the green light to this second installment. In fact, the journalist reaffirms himself and assures that the title is not in development. Meanwhile, Ross, who has just joined NetherRealm to work on Mortal Kombat, has explained that his departure from Bend was due to personal reasons “that had nothing to do with the state of the sequel.”

Bend was on Naughty Dog projects

Ross has confirmed several of the information released by Bloomberg, including the fact that the studio was assigned to Naughty Dog projects. What he did not want to confirm is whether or not Days Gone 2 has been canceled by Sony. However, the director has suggested that the title may not have sold enough to warrant a second installment.

On the alleged cancellation he has said the following: “I don’t think it is publicly confirmed what the status [of Days Gone 2] is. I don’t want to be the guy who’s the official source for whatever it is. ” And he adds that when they started developing the game there were just 45 people, too small a team to design an open world game. That is why they were adding new personnel, until reaching 120 people. “There was an initial budget for Days Gone, which was big,” but it didn’t match the final budget, as they finished development at a “much higher” cost. According to Ross, that number “is probably” the starting point for the next one.

The developer continues his intervention and recalls that the triple A must sell 4 or 5 million copies to be profitable, and in the case of Sony, “which does not have as much money as Microsoft”, they must use their resources “intelligently”. On the sales of Days Gone, the creative claims that “it has sold more copies” than any title of the study, not even combined with the others. “It has been very successful in that regard.” He has also admitted that the reviews were not so positive, something that according to Schreier had an impact on Sony’s supposed decision to cancel the project.

Ross also comments that he knows the errors of Days Gone: “It is not a perfect title, but it was the first installment of a series”, so they planned to build the next one taking into account the failures of the first. The former director of Bend reveals that his project for Days Gone 2 incorporated a “shared universe with cooperative multiplayer”, a feature that they also wanted for the first installment, but that could not be done at the time.

The relationship with Naughty Dog

What Ross has denied is one aspect of the relationship with Naughty Dog. He rules out that they were a supporting studio, as their relationship with the Uncharted studio was “collaborative.” The former director understands Sony’s business vision and thinks it is okay for them to make decisions with the idea of ​​a return on investment, “because that is the money they need for the next game.”

The interview has generated some controversy, since Jason Schreier has published in ResetEra a message in which he specifically refers to Bend’s relationship with Naughty Dog: “If [Ross] says that Bend ‘never’ will become a supporting study Naughty Dog, “says Schreier, will be talking about a decision that will be made by someone” above “in the hierarchy. “Someone at Naughty Dog told me a couple of weeks ago that they’re already half-jokingly referring to Bend as Naughty Dog North. Will it happen? I have no idea, but neither does Ross. ”

Through a tweet, Jeff Ross has clarified the following: “Remember that Jason Schreier is a journalist and takes his job seriously. He has the luxury of being able to speak more honestly than I am allowed. “

Take-Two Denounces Hazelight Because The Name It Takes Two Is Similar...