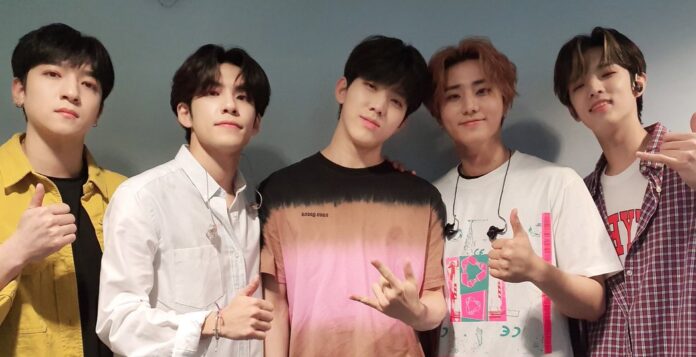 The group will make their comeback but will not promote due to the health status of its members.

DAY6 debuted in September 2015, for 5 years they have earned the love of fans and proved to be idols with incredible talent.

The group got ready in recent weeks to make their new comeback with the album “The Book of Us: The Demon”, which will be releasing this May 11, that is, during the early hours of this Monday, but they have had to cancel your plans, we’ll tell you the details.

Through social media, My Day has shared the hashtag #We_wait_for_DAY6 to express their support and concern for the health of the boys, as the JYP agency revealed in a statement that the activities of the comeback were canceled.

The company reported that some of the members presented symptoms of anxiety disorder , the boys’ mental health has been affected, so the company made the decision to pause their activities until further notice, since it assured that they were already receiving the treatment necessary to recover.

On the comeback , JYP clarified that the album will be released normally, like the official MV, but the group will not attend music shows to promote and will not have any activities on their agenda.

My Day made a request for the fandom to support the release despite the absence of the boys, as they know that their health and recovery is a priority and they want to thank them for their effort supporting with the reproductions and the stream of their album.

But not everything is sadness in the Day6 fandom , recently they were able to celebrate Wonpil’s birthday, whom they filled with messages of love and affection. My Day hopes that the boys will meet again soon.