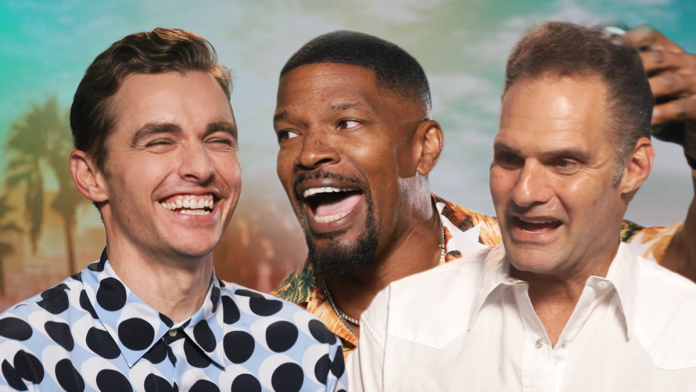 The Netflix series “Day Shift” stars Jamie Foxx, Dave Franco and director J. Perry talks about his upcoming supernatural action movie in this interview with CinemaBlend’s Sean O’Connell. They discuss what they liked most about making the movie, how they shot some of its coolest fight scenes, and of course Jamie Foxx has more behind-the-scenes drama “Spider-Man: No Home” in store for us.

00:00 – Introduction / Teasing “Spider-Man”00:16 – Jamie Foxx on how trailers affect the film’s debut today 02:05 – Dave Franco explains the hilarious “Miami Police” in “Day Shift” Perry’s “Bag of Tricks” was endless when it came to the bloody action movie “Day Shift”03:40 – As directed by J.J. Perry took car chase scenes to a new level with the help of new technologies05:23 – Jamie Foxx almost completely ruined “Spider-Man: There is No Way Home” during filming06:52 – Director J.J. Perry on working with Fox and Franco as newly minted directors 07:49 – Jamie Foxx talks about “all-star weekend”

James Cameron is already defending the long life of “Avatar 2”