Home Entertainment Day One Xbox Game Pass Game Gets a Perfect 10/10 Rating Based... 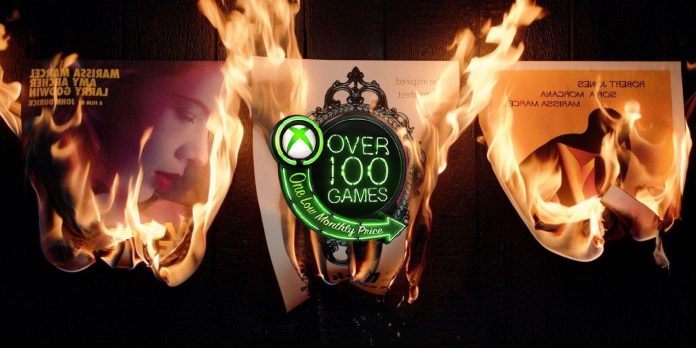 There are over 100 games on Xbox Game Pass that subscribers can try at any time, and many of these games are actually pretty good. Some of the industry’s most popular games are available to play through the Xbox Game Pass, and it seems the service is set to add another critical favorite to the mix, if an early review score is any indication.

Edge Magazine is a British gaming magazine and one of the oldest gaming magazines in the industry, first published in 1993. Due to its print format, Edge Magazine sometimes violates the dates of the embargo on reviewing certain games when subscribers receive their copies earlier, and this is the case. With the Immortality of Sam Barlow, a new game that will be released as the title of the first day of the Game Pass on August 30.

According to readers who received their copy of the next issue of Edge magazine earlier, Sam Barlow’s “Immortality” earned the coveted top score of 10/10 from the magazine. This puts Immortality in elite company, to say the least. Since Edge Magazine was launched in 1993, only 23 games have received the highest score. The first game to do this was Super Mario 64, and earlier this year, FromSoftware’s Elden Ring also received a top 10/10 rating from the magazine.

The perfect score of 10/10 is, of course, just the opinion of one publication, but considering how rarely Edge gives such a high rating, it’s a good sign that “Immortality” will make a big difference when it comes out later this month. And since Immortality is a first—day Xbox Game Pass game, it really should add value to Microsoft’s subscription service.

For those who are not familiar with the work of Sam Barlow, let’s say that he previously shot the award-winning “Her Story”, followed by “Lies”. Both were FMV games, and both were highly praised for their play and plot, so fans can expect the same quality from “Immortality”. But while “Her Story” and “Telling Lies” were more detective thrillers, “Immortality” is said to rely more on horror elements.

In Immortality, players will have to solve the mystery of the disappearance of actress Marissa Marcel. To do this, they need to view excerpts from Marcel’s films, as well as study other materials. As for the gameplay, it looks like the game will definitely appeal to fans of Her Story and Telling Lies. It will be interesting to see how other publications react to the game after it launches as an Xbox Game Pass title later this month.