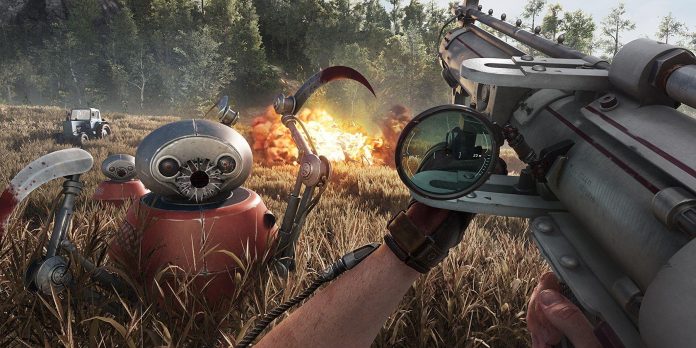 The upcoming Atomic Heart role-playing game has announced that Focus Entertainment will become the game’s publisher, and a winter 2022 release window has also been announced. Atomic Heart, created by Russian developer Mundfish, was originally introduced in 2017, but after that came years of radio silence. In recent months, the game has resurfaced, showcasing new trailers and confirming a release window in 2022. However, after a year, Mundfish could not confirm a specific launch date for Atomic Heart, some began to doubt whether the game could be released in 2022.

Earlier, Mundfish stated that the idea of postponing the release date of Atomic Heart was false after rumors that the first day of the Xbox Game Pass release would be postponed from the end of 2022 to a date sometime in 2023. Even after a month due to the shutdown, Mundfish stated that Atomic Heart is on track for a launch date in 2022. However, recent news may confirm that the upcoming open-world game will not be able to match the planned launch.

This news comes from the announcement of the recently acquired publisher of Atomic Heart, Focus Entertainment, a French video game company founded in 1996, which is also going to publish the upcoming A Plague Tale: Requiem, the sequel to A Plague Tale: Innocence 2019. Focus Entertainment announced that Atomic Heart will be released in the winter of 2022. Again, this is not an exact date, but it gives fans a better idea of when they will be able to get the game.

Unfortunately, this may mean that Atomic Heart will indeed be postponed to 2023. Winter 2022 from the point of view of game releases may indicate that the title may be released closer to the end of the year in December, but it rather indicates that the period between January and March 2023 is a realistic launch date for Atomic Heart. It still seems that Mundfish is working hard on the game and demonstrating more of its features. Recently, in the new Atomic Heart trailer, combat systems were examined in detail, telling fans how they can survive in harsh apocalyptic conditions.

Even if fans wait until 2023 to see Atomic Heart’s release date, it still won’t be long before they get their hands on the game, especially if Mundfish can stick to the predicted winter 2022 window. Atomic Heart has clearly come a long way since it was revealed, and it will be interesting to see what some call the “Soviet BioShock”.