Home Sport The day Federer felt Roman: “Wimbledon is my patio, like the Boca... 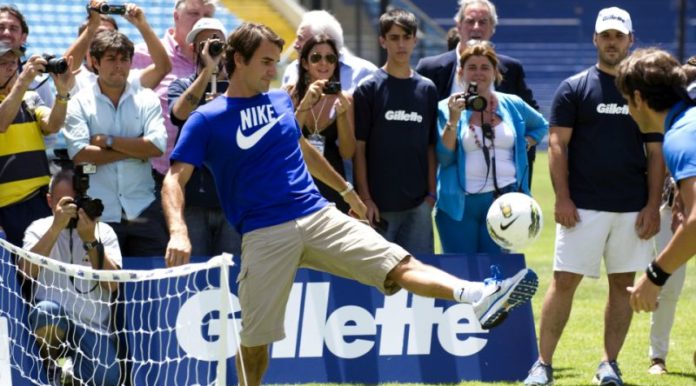 Roger Federer is one of the best tennis players in history but the best, according to the opinion specialized in the sport. And Juan Román Riquelme is one of the greatest references that Boca has, if not the greatest, for a good part of the xeneizes fans. And the Swiss, who is on Argentine soil, decided to compare with the historic 10.

The tennis player will play an exhibition match this Wednesday at Parque Roca against Alexander Zverev (originally he would do it before Juan Martín Del Potro but is injured) and in an interview he gave TyC Sports he acknowledged his link with Roman: “I know what Wimbledon means to me and for tennis itself I think it’s the Holy Grail of tennis and for any tennis player to win there is a dream come true I feel very connected to that place, it’s like my playground, something like the Boca de Riquelme court “.

In addition, he recalled that on his previous visit to Argentina he had the opportunity to meet La Bombonera, narrating that “I was with Batistuta a few years ago, with Del Potro. It was great, I was in the courtyard of Riquelme’s house.”