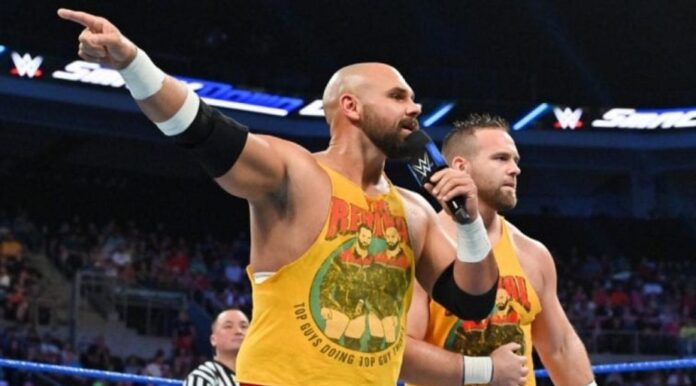 FTR, the team made up of Dax Harwood and Cash Wheeler, recently appeared on AEW and were interviewed this week on the weekly show. Both were also interviewed by Jim Cornette for their Jim Cornette Experiencie podcast and spoke of a bad experience they had behind the scenes with Vince McMahon.

“We had a match with New Day. We were so … the four of us went back and we were very proud of what we had done, we loved it so much. We were happy because it was not an action packed match, it was a fight that featured a great little Story. The fans backed him up and they loved it. We got to the back and Vince was waiting, right in the middle of gorilla position, hands in his pocket. ”

“Something happened that I will never forget,” said Harwood. “He looked at me and Cash, and he said, ‘Everyone tells me that you are the next Arn and Tully, the next great team. Well, that is the problem, you are not Arn and Tully, they are just great professional fighters. He hurt us. pride, we feel insulted. I thought, ‘So you’re comparing us to two of the best of all time and you want to insult us? ”

FTR to debut in AEW Dynamite ring next week

During the broadcast of the latest episode of AEW Dynamite, via TNT Drama, it was confirmed that FTR will have their first official fight at the company when facing The Butcher & The Blade next Wednesday on the weekly show. It was also confirmed that Cody will have to defend his TNT Championship again. Following a recent successful victory against Jungle Boy, The American Nightmare will put its title on the line against Marq Queen.

Justin Bieber and his wife Hailey Baldwin were baptized

Google Now Releases the 29 February Doodle Special for the Day

‘Cops’ and ‘Live PD’ will not be broadcast over protests of...

With Biotechnology, People Can Be Sentenced To 1000 Years In 8...

Lionel Messi could be the first player to be named ‘Best...