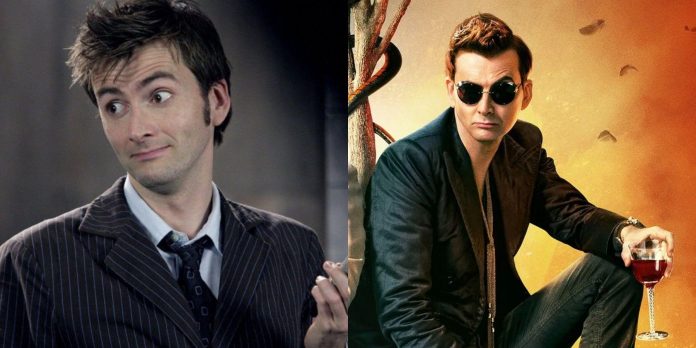 There are not many actors who can play comedy and drama with equal ease, or show unforgettable roles of both noble heroes and heartless villains. David Tennant, however, is one of those rare, precious exceptions.

Few performers have such a wide range as this Scottish-born actor, who has applied his talents to everything from Shakespearean classics such as Hamlet and Much Ado about Nothing to animated series such as The Legend of Vox Machina, The Last Cosmos and Star Wars: Clone. Wars. He has starred in fantasy adventures such as Harry Potter and the Goblet of Fire, and mundane dramas such as Broadchurch. But of all the roles in Tennant’s long television career, there are a few roles that stand above the rest.

The Tenth Doctor (Doctor Who)

It’s almost impossible to discuss David Tennant’s acting career without mentioning his outstanding role as the tenth incarnation of the Doctor in the long-running BBC science fiction series Doctor Who. Having replaced Christopher Eccleston at the end of the first season of the 2005 revival, Tennant, working on the series in 2006-2010, turned it from a successful to a household name. Tennant’s “Doctor” is initially presented as a more optimistic and whimsical version compared to Eccleston’s darker and more closed version. The exhausted survivor of the Time War is gone, replaced by a cheerful, theatrical adventurer who comes up with silly catch phrases. At least, it seems so at first.

Over time, it becomes clear that behind Dr. Tennant’s cheerful facade there is a rather dark side. The moment the enemy enrages him, he is able to turn from cute to terrifying. He is a really complex and multifaceted character — sometimes kind and compassionate, sometimes ruthless and arrogant. And thanks to Tennant’s acting, both sides seem to be equally authentic aspects of the same character. More than a decade after leaving the show, Tennant remains the beloved Doctor of countless fans, and it’s not hard to see why. Selfless, brave, funny, tragic and dangerous at the same time, the Tenth Doctor is perhaps the ultimate incarnation of the character, thanks in large part to the brilliant performance of David Tennant.

At the opposite end of the spectrum is a character as vile and villainous as possible. Kilgrave, an adaptation of the comic supervillain known as the Purple Man, is the main antagonist of the first season of Jessica Jones and is widely regarded as one of the greatest villains in the entire Marvel cinematic universe. Since childhood, Kilgrave has had the ability to effortlessly control the mind of anyone he meets, and as a result, he has gone through life with the ability to always do what he pleases, without any consequences. Kilgrave uses this power not in search of world domination or any other lofty goals, but simply to satisfy his most depraved desires, no matter how many lives he destroys in the process.

From the very beginning of the series, Kilgrave casts a shadow on the main character of the series, who is haunted by traumatic memories of the time when she was under Kilgrave’s control. And thanks to Tennant’s performance, there is just as much threat in him as the story requires. At first glance, Kilgrave has the same playful, carefree charisma as the Tenth Doctor, showing how easily he can lure someone in the first place. But very soon the mask slips off, showing how casually cruel and callous Kilgrave can be. Tennant demonstrates an absolutely terrifying game, which becomes even more disturbing because of how charming Kilgrave is.

Nevertheless, there is a certain tragedy in Kilgrave, despite how monstrous he is. Because of his abilities, he has never had the opportunity to become a balanced person who can establish real connections with others. In a sense, it is the desire to fill the void left by this loneliness that motivates his reprehensible actions. Kilgrave manages to be understandable, but not too sympathetic, remaining completely disgusting despite the suffering he has endured. It’s all thanks to Tennant’s remarkable range, such a complex character can be brought to life so effectively.

Viewers may be familiar with the 1987 cartoon Duck Stories, in which Donald Duck’s triplet nephews Huey, Dewey and Louie embark on a journey around the world with their great-uncle Scrooge. However, in the recent reboot of the classic 2017-2021 animated series, David Tennant took on the role of Scrooge McDuck.

Why the Harry Potter Films Cut the Coolest Weasley Character Out...