Home Celebrity David Harbor commented that season 4 is his favorite 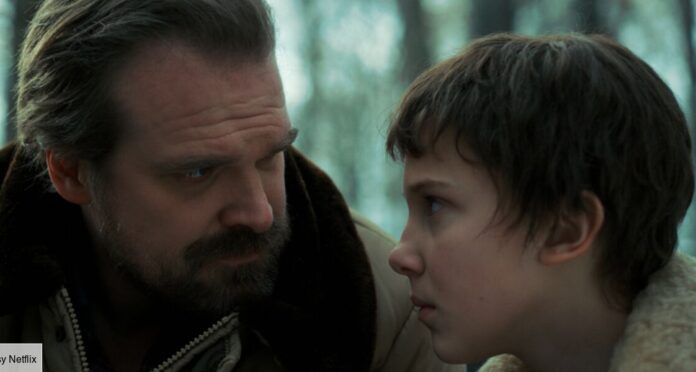 The star of Stranger Things, David Harbor, comments how this fourth season will touch on various themes that fans really want to see on the screen but that in the same way the plot will be slow so as not to leave anything unfinished.

David Harbor spoke openly about how he is fascinated with what the fourth season of Stranger Things will deliver to his character Jim Hopper specifically, showing a new angle of it.

David Harbor explained that the creators of Stranger Things have been very meticulous to the responses of their fans, providing something that they will never forget with their story.

Actor David Harbor used his character Jim Hopper as an example, who after being a protector and a vigilante man is now a prisoner, thus showing a new facet of him, for these new facets he affirms that it is his favorite season of Stranger Things.

Stranger Things, featuring David Harbor as Jim Hopper, has been Netflix’s biggest original show in terms of audience elevation and the long wait has made fans quite impatient.

Theories abound as to what will happen to Hopper and how he will escape Russian incarceration once the new season of Stranger Things premieres.