Home Entertainment David Gordon Green From “The Exorcist” on Whether The Director of The... 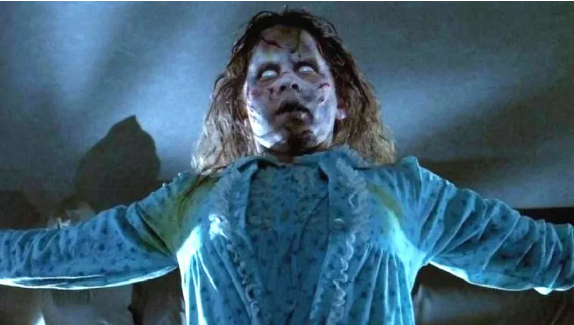 David Gordon Green completed his Halloween trilogy, created by Blumhouse, with the release of the movie “Halloween Ends.” Although the Ends caused controversy, one thing is for sure; the film is a tribute to the original creator of the series, the entire filmography of John Carpenter. Green will then take on another classic horror franchise, The Exorcist. Considering how involved Carpenter was in Green’s Michael Meyers trilogy (he wrote all the music for the trilogy), many wondered if franchise director William Friedkin would be involved in the new trilogy. Now Green has shed some light on this issue.

In a recent interview with Moviemaker Magazine, David Gordon Green talked about everything from the negative reaction of fans to his new Halloween series to his desire to tell a love story within the framework of a long-standing horror franchise. Soon the conversation turned to Green’s upcoming films “The Exorcist” (the first of which has already been shot a little) and whether Friedkin was involved in them. According to the director, he and his team decided to focus on the characters’ connections to the original 73, rather than on the team behind the lens. He said:

On this journey, we have chosen Ellen Burstyn as our spiritual guru. Our Exorcist is narratively connected by his characters, but not in terms of stylistic parallels. I’m not leaning towards what Friedkin did, but I’m delving into who Chris McNeil is and what she brought to the table. Without revealing too much, the tools and ideas she has used for more than fifty years are finding new uses. We took Ellen on board, and a year ago we filmed with her for eight days to do some technical and creative research, and next week we’ll be back in the ring. So, to answer your question, Friedkin is not involved in this.

William Friedkin has repeatedly said that he never intended to make a horror film, but “The Exorcist” is considered one of the scariest and best horror films of all time. The film was also a little loved by critics upon release, garnering ten Oscar nominations, and Ellen Burstyn even won the Best Actress Award for her role as Chris McNeil. Some may be shocked by the news that Friedkin is in no way involved in the creation of new films.

David Gordon Green, however, joked that they could potentially bring the seasoned director back into their ranks for his soft reboot of the long-dormant franchise. He continued:

If he’s as good at music as John Carpenter, we’ll get him to perform a song in the movie. He can play a trombone version of “Tubular Bells”.

I doubt any director can make horror music like John Carpenter, so I guess that doesn’t mean William Friedkin. Although the OG director won’t be involved, it will be great to see Ellen Burstyn again in the role she refused to reprise for five decades in the five sequels and prequels of The Exorcist series (which we appreciated). And the reason Burstyn finally agreed to come back is even more surprising than her involvement.

Rumor has it that the upcoming sequel will focus on the father of an obsessive child, played by Leslie Odom Jr. from Hamilton, who seeks help from someone who has had a similar experience. Presumably, Odom Jr.’s character will find his help in Ellen Burstyn’s Chris McNeil. Let’s hope that David Gordon Green will create something new, but at the same time honors what his legendary predecessor did a few decades ago.

The as-yet-untitled “The Exorcist” will be released in theaters on October 13, 2023, and the upcoming horror sequel and its successors will eventually be available for streaming on a Peacock subscription.

Hitman 3 will feature a 7-part expansion