Home Entertainment David Cronenberg tells how the creation of “Crimes of the Future” today... 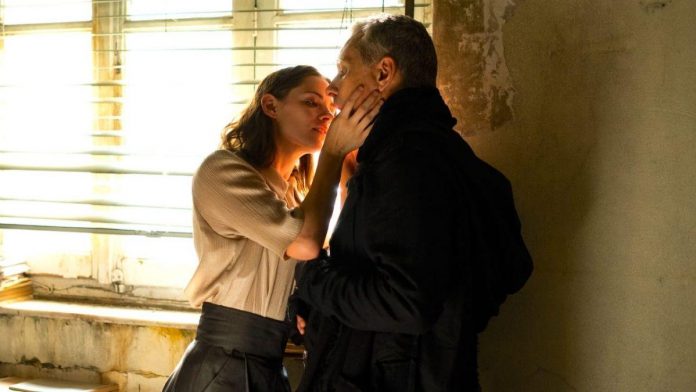 Almost ten years after David Cronenberg’s last feature film, the director of “The Fly and the Accident” has returned with “Crimes of the Future.” The film takes him back to his roots from science fiction, as he imagines a world in which “surgery is the new sex” and human bodies begin to develop in a new way. The story, which seems like a relevant social commentary today, was actually written more than 20 years ago, and Cronenberg recently shared that the film could have been different if it had been shot in the early 2000s.

During an exclusive interview with CinemaBlend with David Cronenberg, the director said that “Crimes of the Future” may be different from what it would be if he shot the script immediately after its completion. According to him:

Well, I guess I wasn’t such a good director then, it’s possible. Of course, I wasn’t that experienced, but then, of course, you know, I didn’t know Viggo then, we didn’t meet. So maybe he wouldn’t have been the main actor in the movie, it would have changed a lot. And it probably wouldn’t have been filmed in Athens because it’s a recent place that has become financially viable and wasn’t 20 years ago, but these are very pragmatic things in terms of the script, it hasn’t changed at all. I mean, there was one draft, and that’s what we started production with, it hasn’t changed, so other things don’t matter, you know? Would I use the same lens for close-ups? I don’t know. Probably not. Although these are very specific little things. Perhaps it didn’t change the overall field of the film. I don’t know.

The main conclusion here is that David Cronenberg apparently did not change a single word in his script for “Crimes of the Future” from the moment it was written until production began in 2021 in Athens, Greece. As he shared, there are a few small elements of the film that would have been different if he had done it in his time, including his current permanent collaborator Viggo Mortensen, who is probably not involved, the filming location and possibly his own improvement as a director. director.

It is reported that “Crimes of the Future” was originally going to be filmed back in 2003, when Nicolas Cage and Ralph Fiennes were rumored to play the role of Viggo Mortensen as Saul Tenser, according to the Chronicles of Science Fiction and Fantasy. Cronenberg later shared that at that time he lost interest in the script, and later he met Mortensen after working as an actor on the Lord of the Rings trilogy. Then they worked together for the first time on the “History of Violence”.

In the context of today, the “Crimes of the Future” work in a new way, which could be seen differently if it had been done in the early 2000s. In 2022, it seems that the film is talking about this idea of desensitization of people in the age of social networks, as well as the constant environmental problems of our human evolution.

Crimes of the Future was released ambiguously overall (check out our review of Cronenberg’s film). CinemaBlend also spoke with Mortensen and co-star Leia Seydoux about what they think about the meaning of the film. Check out the upcoming movie calendar for 2022 to find out what other cinematic entertainment can be expected after the release of science fiction.