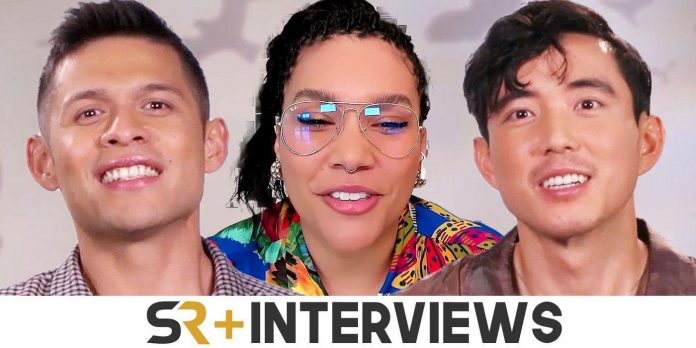 The Dysfunctional Hargreaves Family Gets Bigger with Season 3 Umbrella Academy . In the last chapter of the Netflix show, the main characters return to the present day only to find out that Sir Reginald has decided to adopt seven different children with superpowers and form the Sparrow Academy. .

Umbrella Academy is led by an ensemble cast, including Emmy Raver-Lampman as Allison Hargreaves, one of the siblings who can control the mind by uttering the phrase “I’ve heard rumors.” David Castaneda plays the main role in the series as Diego, who is considered the deputy commander of the team, who has the telekinetic ability to bend the trajectory of everything, including knives and bullets. Justin H. Min plays Ben, the brother and sister of Hargreaves, who died in the original timeline and was supposed to appear before Klaus, although exists in the new timeline as an alternate version adopted by Reginald, and is number two for the Sparrows.

Ahead of the show’s return, Screen Rant spoke exclusively with Castaneda, Raver-Lampman, and Min to discuss the 3rd season of Umbrella Academy, their emotional storylines, and more.

Screen Rant: I have to say that the new season of Umbrella Academy is as good as ever. We’ll start with the Emmys, then with David, then with Justin, given how emotional this season really is for everyone, what was your initial reaction to receiving scripts for this season?

Emmy Raver-Lampman: I was very, very excited. I feel like we’re seeing a new side of Allison that we’ve never seen before. She always cleans up the mess and keeps herself very organized and very collected, she keeps her cards very close to her chest.

I think given the trauma of going through her time in the ’60s and then leaving Ray to find out that Claire doesn’t exist, she’s in a lot of pain and coping with her trauma, but not coping with it in the best way. So I was very happy to dive into all the layers and nuances of how her pain and trauma come to the surface for her.

David Castaneda: Well, when I read the script…

David Castaneda: Benny, Benny, Benny, Super Benny. [Chuckles] So, I thought that the first thing, obviously, was the jokes between the brothers, between all of us. So I was very happy to just explore Diego’s levity this season. You know how serious he is and how he has already written so seriously, but the liveliness that goes with Klaus, the Fifth and Luther really allows a lot of comedy to appear.

And also explore the healing path between him and his father and find it through Stan. So for him to kind of break the cycle, this cycle of his father’s generations and how he can actually learn from it and pass on good things to Stan, it was exciting.

Justin H. Min: Yes, I think on a very superficial level it was very interesting to get a buff. [Laughs] No, to work again, especially in the midst of a pandemic, and to see my family in Toronto again after almost a year and a half of absence.

And then, of course, reading the scripts, I was glad, first of all, to be alive and see this new version of Ben in a completely rethought form. It was really exciting and also a huge challenge, but a challenge that I was happy to accept. I really liked that the season starts with all the families together, usually our show often breaks us up quite early, but it was so nice to see everyone working together in the first episode.

Justin H. Min: Yes, Steve introduced a training regime for us quite early, almost immediately after some of them got cast. So we started creating a small group chat saying, “Oh, my gosh, these workouts are really intense and crazy.” So we started to build mutual understanding and banter, just being together in the trenches. Then, of course, we went to Zoom several times, and then we went to Zoom even more during the two-week quarantine that we had in Toronto.

Then we met in person for the first time and got together, it was one of our first days on set and I was so grateful that it seemed to work right away and they brought new life and energy. In many ways it reminded me of us in the first season, such joy and excitement, not that we didn’t have joy and excitement, but you know what I mean. [Laughs]