Home Entertainment David Attenborough has proved how wrong the dinosaurs of the Jurassic World... 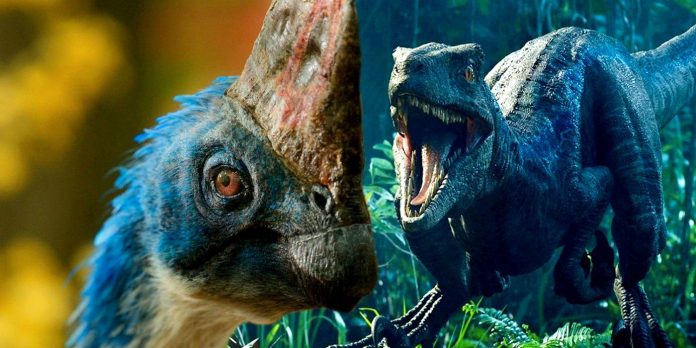 The accuracy of dinosaurs from “Jurassic World” has long been a subject of controversy, but the series “Prehistoric Planet” by the famous naturalist David Attenborough showed how wrong the blockbuster franchise really is. Ferocious creatures like T. Rex and velociraptor have long been adherents of the franchise. But although it was clear that their images on the screen were far from reality, the full extent of the discrepancy was never fully expressed — until now.

When the first Jurassic Park movie was released in 1993, the realism of the large-scale main characters was one of his most striking achievements. Despite the many successful dinosaur films before that, Jurassic Park was the first picture that could claim to show scientifically accurate creatures on the screen. However, while Spielberg’s animals looked more alive than at any time in the last 65 million years, there were some obvious problems. For example, it was known from the very beginning that terrifying velociraptors Jurassic Park were too large to be realistic depictions of their turkey-sized ancestors, which more closely resembled larger dromaeosaurs such as Deinonychus. Nevertheless, the film and later works of the Jurassic franchise have become the benchmark for the depiction of dinosaurs on the screen.

However, despite the monopoly of Jurassic Park and Jurassic World on a collective understanding of how dinosaurs looked and behaved, David Attenborough’s Prehistoric Planet series proved how much the famous franchise is wrong. For the first time, creatures like velociraptor, which until now were only known for their role in Jurassic Park, are shown as they really were — with feathers and hunting small lizards and pterosaurs in a battle for survival. Similarly, animals such as Carnotaurus are shown much more than the clumsy animals depicted in the franchise, demonstrating a dynamic complex of all-round behavior. In fact, “Prehistoric Planet” proves that dinosaurs were real animals, and not cartoon hunters who seem to exist only to interfere with the characters of “Jurassic World” and “Jurassic Park”.

The Apple TV+ show not only depicts the currently well-known aspects of dinosaur behavior, such as the role of feathers and the different sizes of animals, but also does it, perhaps, more realistically than anything from Jurassic World or its predecessors. ever done. In this way, “Prehistoric Planet” can rewrite its audience’s collective view of dinosaurs, presenting them in the same realistic manner as the Jurassic Period series, only with a greater commitment to scientific authenticity and accuracy than ever before. Given the importance of vivid animation and breathtaking effects to attract the attention of the audience, “Prehistoric Planet” is ideal to correct some of the most common misconceptions popularized by “Jurassic World” and finally show people how wrong the blockbuster series was.

On an individual level, for example, with young tyrannosaurs from “Prehistoric Planet” or small feathered predators, David Attenborough’s show exposes the problems with dinosaurs from “Jurassic World”. However, by showing these exceptional inconsistencies as part of an entire instructive series, the series does a much more effective job of undermining the Jurassic franchise than by direct comparison. In fact, without mentioning Jurassic Park by name, Prehistoric Planet invites viewers to draw their own conclusions about how inaccurate movies can be. Considering how iconic the creatures from Jurassic Park are, this is a subtle but effective way to prove there are problems with the franchise.

There are several key reasons why “Prehistoric Planet” portrays real dinosaurs much better than “Jurassic Park.” The first and probably the most important consideration is the intention of the two projects. “Jurassic Park”, as a studio blockbuster, is designed primarily to entertain its audience. While the romanticism associated with long-dead reptiles makes them naturally intriguing protagonists, the priority for any Jurassic filmmaker is to use them to create a sense of danger. On the contrary, “Prehistoric Planet” — although entertaining in itself — primarily serves as an educational series. Consequently, authentic recreation of authentic behavior, such as bathing a tyrannosaurus rex or swimming a triceratops in an underground cave system, is much more important for David Attenborough’s series than the animals fulfilling fictional narrative obligations.

It is equally important to consider that Jurassic Park originated at a time when paleontologists were much less aware of the prehistoric planet Earth than they are today.

GTA Trilogy Is Now Available; See How And Where To Play