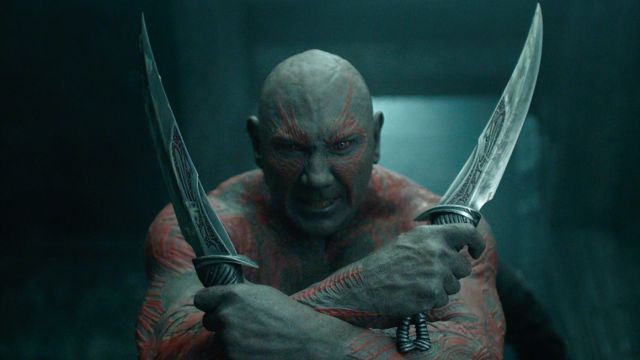 Dave Bautista: The famous actor and ex-fighter is disappointed by the evolution of his character in the MCU and already wants to turn the page after Guardians of the Galaxy Vol. 3. Dave Bautista, the famous actor and ex-professional wrestler who has played Drax in recent years as part of the Guardians of the Galaxy in the UCM, is being very critical of Marvel Studios in recent days for the null evolution of his character, ensuring that after Guardians of the Galaxy Vol. 3 he will leave the role behind and wishing better luck for a possible new actor after the third part of Marvel’s galactic superhero saga, as long as Drax the Destroyer continues to count for the MCU. He has explained it this way in a recent interview as part of the promotion of his new movie with Zack Snyder, Army of the Dead.

Disappointed by the treatment of his character

According to Bautista, Marvel Studios has totally wasted the character, wasting the full potential of the Drax from the comics; Still, he is grateful for an opportunity that changed his life: “That role changed the trajectory of my life. It will always be special to me. Now that I have four films, I really wish they had invested more in Drax. Because I think Drax has more of a story to tell. I think Drax has a really interesting backstory where they dropped the ball. That is not a criticism of Marvel. They had their planning, I know what they are focused on, that is what they have programmed. But I think they really screwed her over with Drax, “says the actor.

In addition, Bautista criticizes the role of Drax in the UCM, a character known as “The Destroyer” and who in the movies has not stopped receiving beatings: “Physically too. Because, if you look at it, Drax, even though he looks like a baddie, you look at him and he seems scary, but Drax gets beat up more than any other Marvel character. The whole ‘Destroyer’ thing was taken from him. People fell so in love with Drax’s comic side that they took advantage of it, then took advantage of it more. ”

Bautista ends his speech stating that he is looking forward to ending this trip, assuring that Guardians of the Galaxy Vol. 3 will be his last appearance as part of the UCM, not without thanking his fellow cast members for all these years of adventures: “I want the cast of the Guardians as a family. They know”.