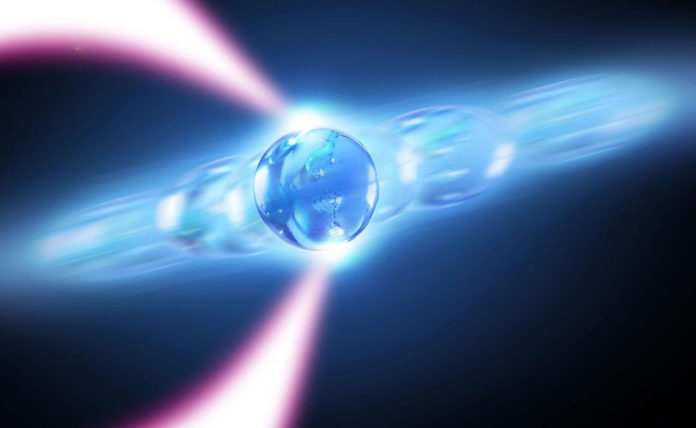 Researchers in the UK are working on a quantum laser technology that can deliver 1000 times higher data flow than ethernet. Terahertz quantum cascade lasers can transfer data at 100Gbps.

What distinguishes Terahertz quantum cascade lasers from other lasers is that these lasers emit electromagnetic spectra in the terahertz range. For this reason, these lasers are also used in the spectroscopy field of chemical analysis.

In order to send data at 100Gbps speed, lasers must be turned on and off 100 billion times per second. The researchers obtained this switch-on number on the laser, which should be very well modulated, using the power of acoustic and light waves.

“Currently the system is running on electricity to modulate a quantum cascade laser,” said researcher Professor John Cunningham. However, this system has its own limits. Electronic parts that provide modulation generally slow down the speed of modulation. Thanks to the mechanism we developed, acoustic waves can be used instead. ”

Passing through the optical component of a quantum cascade laser, the electron passes through a series of quantum wells where it will lose its energy level and emit a photon or light energy pulse. This means that external electrons can be removed from the process and replaced by acoustic waves from another laser’s blow to an aluminum film. This causes the film to expand / contract, while the quantum cascade causes the laser to send a mechanical wave.

John Cunnigham announced that they have not yet reached a point where they can stop the flow completely. However, they said they could control the light output at certain percentages. “This is a great start,” said Cunnigham.

Jonh Cunnigham also made a statement about the future of the study. “I believe that with further refinement, we can develop a new mechanism for full control of laser photon emissions, and even integrate sound producing structures into terahertz laser,” said Cunnighman.

Nubank would disclose CPFs of even non-fintech clients