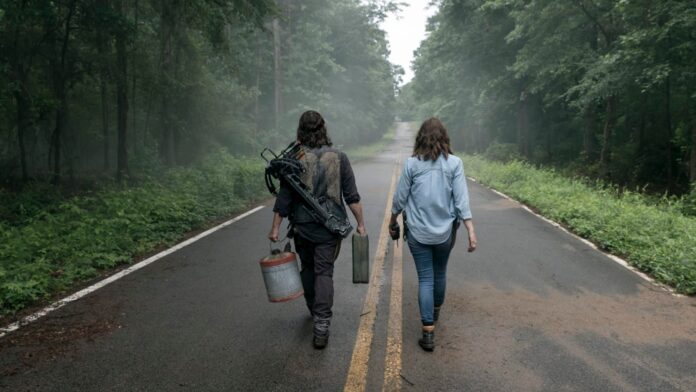 The Walking Dead Season 11, will be the end of everything and seems to be destined for one of the most cruel and difficult of the AMC series, especially with the innuendo that was made about Daryl (Norman Reedus) and Maggie (Lauren Cohan).

Maggie’s actress, Lauren Cohan, returned to the series during The Walking Dead season 10 finale, after her absence in season nine. But with her return she has been a big surprise. Negan was released!

Recall that Negan (Jeffrey Dean Morgan) cruelly murdered Maggie’s husband, Glenn (Steven Yeun). Maggie has been seeking revenge ever since, she even faced Rick (Andrew Lincoln) after Negan was captured, and Rick kept him alive locked up.

But after years locked up, “it seems” that Negan has changed, playing an important role in the murder of Beta (Ryan Hurst), the leader of the whisperers, becoming part of the group of protagonists of the series. But Daryl actor Norman Reedus has commented the following:

“I’m excited that Daryl and Negan are starting to work together more. Taking care of Lydia has shown that he is not old Negan.”

“He’s a new kid. And I think he’s finding family with our group now. So I’m hoping to have more scenes with Jeff for sure.”

However, this will not be good news for Maggie fans who watch The Walking Dead. She will undoubtedly have a very different opinion of all those who agreed to set Negan free. So it will be difficult to accept it and she could have a confrontation with Daryl, if it is as her actor implies, that she will be part of the “family”.

Surely if Maggie tries to do something, Daryl will not stay on the sidelines and intervene, if he accepts Negan as one of his own. Without a doubt, season 11 of The Walking Dead will be full of many surprises.