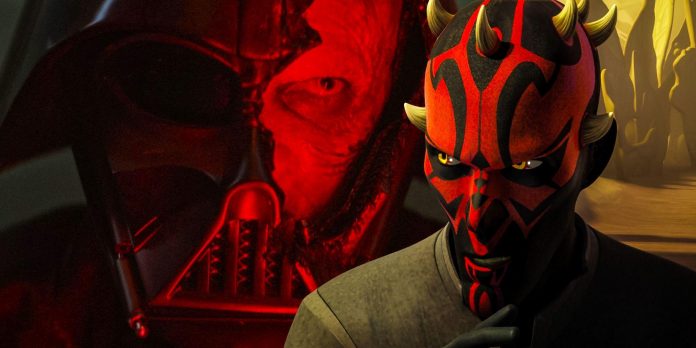 Warning! There are spoilers ahead for Obi-Wan Kenobi Series 6

Darth Vader’s last remark, addressed to his old master in Obi-Wan Kenobi, is filled with pure rage and serves as a dynamic reference to Kenobi’s future and the decisive duel with Darth Maul in the sands of Tatooine. While in the new Star Wars series, Obi-Wan confronts his fallen disciple ten years after their duel on Mustafar in Star Wars: Episode III — Revenge of the Sith, Kenobi confronts his original nemesis, Darth Maul, a few years later, as shown in the animated series Star Wars: The rebels”. Both enemies passionately hate Obi-Wan, and nothing proves this better than Darth Vader’s last sentence to Obi-Wan after his defeat at the end of Obi-Wan Kenobi.

In Obi-Wan Kenobi episode 6, Kenobi is finally ready to let go of his past and restore balance to the Force as the Jedi he once was. This allows him to fight Darth Vader with renewed vigor in the finale after he led the Dark Lord away from Princess Leia and the resistance cell, taking her to a safe place known as the Path. Facing each other alone, Kenobi eventually emerged victorious, damaging Vader’s armor and life support helmet. After seeing the man behind the mask and after an incredibly emotional exchange when Vader confirmed that he was not Kenobi’s loser, Obi-Wan admits that the Jedi he once knew as Anakin Skywalker is indeed dead and gone.

However, the Sith lord shouts Obi-Wan’s name in a rage when Kenobi leaves, deciding not to kill Darth Vader. Similarly, Maul was obsessed with Obi-Wan in this era between the trilogies, scouring the galaxy in search of the Jedi who caused him so much pain. As seen in the “Star Wars: Rebels” episode “Twin Suns”, the Pier returns to Tatooine. Wandering through the desert in search of the Jedi, Mol eventually shouts Kenobi’s name with the same fury as Darth Vader in front of him in Obi-Wan Kenobi’s finale. So this new connection between Kenobi’s two main villains seems incredibly deliberate. Vader shouts out the Jedi’s name while Maul shouts out his last, and both scenes are full of primal rage captured by the mirror planes of the respective battered Sith.

Obi-Wan and Maul also had an emotional exchange after their duel, with Kenobi holding Maul as he was dying, confirming that he was protecting the Chosen One (and Luke was an extension of Anakin’s redemption). Thus, the mirror nature of Kenobi’s duels with Darth Vader and Darth Maul proves that both villains had the same weakness: an obsessive and all-consuming desire to take revenge on Kenobi above all. In addition, it also echoes George Lucas’ classic philosophy that “Star Wars” should be like poetry and should rhyme with repetitive stanzas for its characters.

While Vader screams after Obi-Wan, this is a heartbreaking moment in itself, it becomes even more dynamic when you consider the broader context of the Star Wars timeline and how Maul’s duel with Kenobi so perfectly captures this new chapter. Both villains are extremely broken and corrupted by the dark side of the Force, relying on it to bury their pain and loss, using Kenobi as the focus of their rage. Thus, the appeal to Darth Maul in the finale of Obi-Wan Kenobi is one of the best moments of the series and establishes an inextricable link between the two greatest enemies of Kenobi.