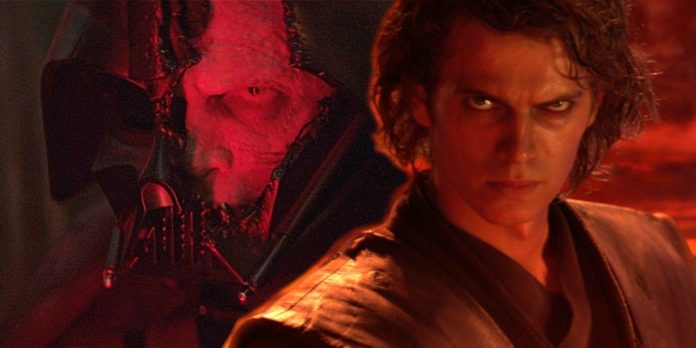 Although Darth Vader, speaking in the voice of Anakin Skywalker, intensified the emotional impact of Obi-Wan Kenobi’s finale, it also raised some questions. Throughout Obi-Wan Kenobi, the former Jedi Master struggled with his past. Reva, the Inquisitor, only made the situation worse when she revealed Anakin’s true fate and his transformation into Darth Vader. With this knowledge, Obi-Wan knew that he would eventually have to face both Vader and his own failures.

This led to the final showdown between Obi-Wan and Darth Vader in the Obi-Wan Kenobi finale. Although Obi-Wan struggled at first, he was almost buried alive, he found motivation by remembering Leia and Luke. With renewed energy, he was able to meet Darth Vader and even cut his mask. To Obi-Wan’s horror, this allowed him to see Anakin’s face for the first time since their duel on Mustafar in Star Wars: Episode III — Revenge of the Sith. As Darth Vader spoke, his voice repeatedly switched between his trademark mechanical tone and Anakin’s, sometimes even mixing them up. Although it was still heartbroken, it allowed Obi-Wan to find a way out by talking to Anakin about his fall to the dark side.

One of the reasons Darth Vader could speak in Anakin’s voice was because he could speak without a mask. In Return of the Jedi, Darth Vader, redeemed as Anakin, was able to speak briefly with Luke before dying on the second Death Star. The problem with Vader trying to speak on his own was that he could barely speak in a whisper due to damage to his vocal cords. To make it sound more intimidating, Vader needed to speak through his helmet, which was specially designed to cause fear. When Obi-Wan cut Vader’s mask, he partially cut through the voice synthesizer. With part of his face and mouth open, Obi-Wan could hear Anakin’s faint voice as he spoke softly. However, whenever Darth Vader tried to raise his voice, his helmet amplified it by mixing natural and artificial voices.

In addition, Darth Vader’s voice could be influenced by the light side of the Force. Although Vader was devoted to the dark side, there were moments during his conversation with Obi-Wan when he almost seemed like Anakin again, struggling with his past. In these moments, Darth Vader looked more like Anakin, which perhaps represented the bright side returning to him. Emperor Palpatine even suggested it later, feeling that Darth Vader might be at odds with his feelings for Obi-Wan. Although Vader denied it and later killed Obi-Wan in A New Hope, Luke also sensed conflict in Vader and eventually helped him return to the light side. Thus, the Force may have enhanced Darth Vader’s weak physical abilities to allow him to speak briefly as Anakin again in Obi-Wan Kenobi.

How to increase the interlink level in Xenoblade Chronicles 3