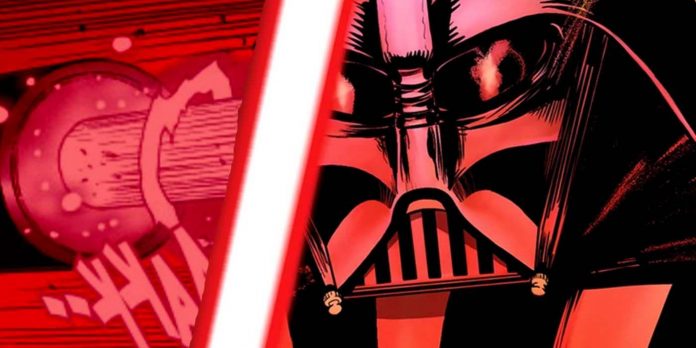 Crimson Dawn and Darth Vader clash as the ultimate weapon against the Sith is revealed in a new preview of Star Wars: Darth Vader #24 from Marvel Comics. Taking a look at Vader’s upcoming comic adventures, the Sith Lord heads to the corrupt governor who works alongside Dawn, encouraging them to use a new weapon against the former Jedi in hopes of killing him once and for all.

With Crimson Dawn and crime syndicate leader Ki’roi bent on destroying the Galactic Empire, Darth Vader and former maid Padme Sabe became an unlikely team in Star Wars: Darth Vader from Marvel Comics as they joined forces to destroy the organization. . Although Sabe initially pretended to be a member of the Crimson Dawn, she told Darth Vader that she had infiltrated their ranks to restore balance in the galaxy. Darth Vader and Sabe are not thinking about the same endgame, but both want to defeat the Crimson Dawn and are ready to use each other to achieve their goals.

In a new preview of “Star Wars: Darth Vader #24” by Greg Pack, Marco Castiello and Carlos Lopez, the corrupt governor is preparing a new weapon against the Sith when Darth Vader and Sabe arrive to destroy key members with influence in Crimson Dawn. The governor summons the forces of the Crimson Dawn, sending his soldiers to Vader and Sabe. While Sabe reveals that she is here to help, Lord Vader heads straight to the governor, intending to slay her.

Vader taunts the giant weapon pointed in his direction and tells the governor that she has chosen her fate and cannot hide behind technology. However, before Darth Vader can finish his sentence, the corrupt governor turns the anti-Sith weapon on him when a massive blast of energy is directed in his direction as the preview ends without showing the impact. While readers know that the explosion won’t kill Vader, perhaps Crimson Dawn has found a weapon capable of at least temporarily stopping his attempt to destroy them.

Considering that the weapon has not been used for many years and it is more than 300 percent more powerful than before, perhaps Crimson Dawn has found something that can handle Darth Vader in the short term. The governor seems unusually confident in his abilities. However, given his power and connection to the dark side, it would be shocking if the scene didn’t end with Darth Vader taking over the explosion or redirecting it before killing the governor for her actions. Readers can see how the battle unfolds in “Star Wars: Darth Vader #24” from Marvel Comics, which will arrive in comic book stores on Wednesday.