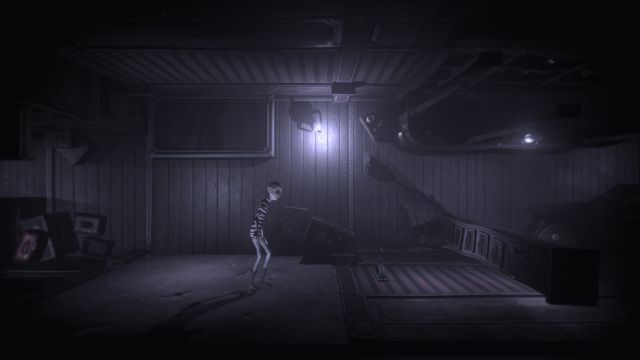 We analyze Darq, a terrifying nightmare with a masterful setting worthy of the best Tim Burton that uses very original mechanics in its playable proposal.

In the summer of 2019, a humble independent development title turned out to be one of the surprises of the year. Relative surprise, because it was already coming off a successful crowdfunding campaign, and the material that was submitted for that campaign was already aiming high. The fact that the developer behind the project, Unfold Games, is made up of a single person whose first commercial title was going to be the one at hand, made us cautious about our expectations. The doubts about the project were soon cleared up, to the point that the almighty Epic, given the good looks of the project, offered the developer an exclusive contract with its digital store, an offer that he kindly declined.

Thus, in August 2019 it was released for digital download platforms in Pc Darq, a gloomy and ominous title of exploration and lateral development puzzles, in the vein of titles such as Limbo or Inside by Playdead, or Little Nightmares by Tarsier Studios. Beyond certain similarities, Darq uses several very original and personal mechanics in his proposal, being the possibility of playing with gravity to rotate the scenarios one of the main ones. The title uses these and other mechanics to put a lot of emphasis on its puzzles, these being the main protagonists of the adventure.

Along with the aforementioned puzzles, the protagonism of the title falls on a majestic, terrifying and very dark and disconcerting setting, worthy of the best nightmare of the genius Tim Burton, whose work inevitably evokes this ominous video game. The immersion of the player in this vivid nightmare was one of the main objectives of its creator, and boy has he achieved it. On December 4, a complete edition of the game was launched on Playstation 4, Xbox and Nintendo Switch and the previous version of the title holders on PC was updated to this completely free of charge. In this analysis, we will see what this version offers us, which includes the base game plus two interesting downloadable content that lengthen the sadly short duration of this magnificent nightmare game.

The protagonist of the title is young Lloyd. Without being explained how or why, it turns out that the boy is trapped inside a kind of terrifying vivid dreams, from which he cannot wake up. Our mission will be to accompany him in his attempt to escape from the dreamlike world where his subconscious is trapped, a grotesque and twisted world where a multitude of horrors roam at ease. The narrative of the title is sparse and leaves absolutely all interpretation in the hands of the player and the conjectures of him based on what the game suggests.

As we already mentioned, one of the strengths of the title is its great setting, and one of the main concerns of the game’s creator is the immersion of the player in that setting. The creator carried this obsession to such an extent that in the commercial version available on PC before the update on day 4, once we started the game, it put us in a situation without going through absolutely any title screen or options, putting us in the Lloyd’s skin directly. Something very striking and unusual, and that has been changed for this recently released full version.

We want to highlight how much we liked this bet to offer a terrifying, oppressive and disconcerting setting, and how phenomenally it has been captured in the form of a video game. And we also congratulate the person behind the title for his commitment to making a video game as immersive as the one at hand. The troubled Lloyd will not be the only one who cannot escape from this gruesome nightmare world, as he will drag us with him until we reach the end of the adventure.

He plays with gravity to get away.

Darq is a lateral development game with an emphasis on puzzles. The main differentiating element of its gameplay is the possibility of varying the sense of gravity, which allows us to advance through initially vertical areas. When we face certain surfaces, we can rotate the camera so that what was previously an insurmountable completely vertical surface becomes the new ground through which we advance. In fact, what is really the main puzzle of the game consists of locating ourselves on the stage, knowing where we are and how we can advance through it. It is a complex mechanic to explain with words, but very easily understood when we are in the thick of it and it is very satisfactory.