Home Entertainment Darkrai in Pokémon Legends Arceus: How Can We Achieve His Mission? 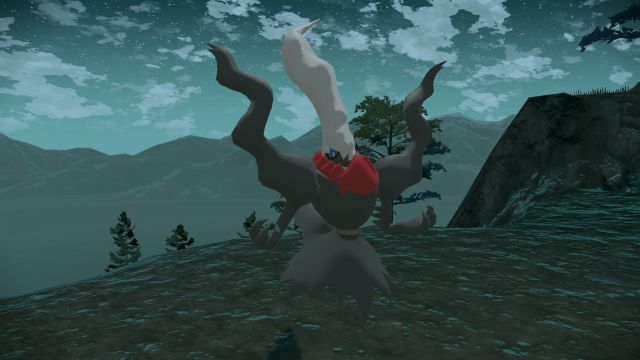 Pokémon Legends: On the occasion of the latest trailer, it is confirmed how we can receive Darkrai’s research and when we can activate it. On sale January 28. Pokémon Legends Arceus published a new trailer on Tuesday to present details of the game’s plot; Among them, the arrival of the Clans, who will be part of the adventure during our journey through all the corners of this huge island, which is still the ancestral Sinnoh. However, it was also confirmed that we will be able to get a new special gift, Darkrai, in addition to the previously announced ones of Shaymin and the Pikachu and Eevee skins. We tell you how to get the mission of Darkrai.

How to get Darkrai’s research in Pokémon Legends Arceus

To get Darkrai’s research request in Pokémon Arceus Legends we will have to have a saved game of Pokémon Shiny Diamond and / or Pokémon Shiny Pearl on our Nintendo Switch.

If we use the same Nintendo account, by completing the game and seeing the credits of Legends we will be able to help in a mission whose reward will be the capture of the singular Pokémon Darkrai. This request will be unlocked in Jubilee Village, but only after viewing the end credits of the adventure.

Get a Team Galaxy outfit from the Tailor Shop

In the same way, we have also learned that it will be possible to get the Galaxy Team Set (Pokémon Diamond and Pearl) if we have a saved game of Pokémon Shiny Diamond and / or Shining Pearl. This pack includes the Modern Jacket, Modern Pants and Modern Shoes for the main character. Once we have joined the Galaxy Team, all you have to do is stop by the tailor shop to get the outfit. The tailor’s shop is unlocked after about an hour from the start of our adventure.

What to expect from the September Assassin’s Creed event?

Walmart Shopper Says Employee “Held Him Hostage” After Paying For His...