Home Sport The darkest hours of Arturo Vidal in Barcelona 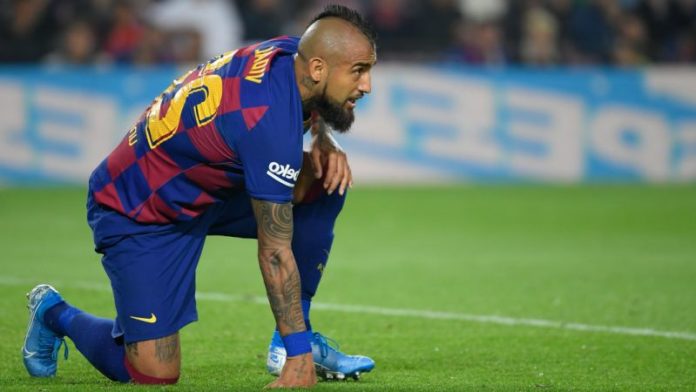 Hours after hearing the complaint that Arturo Vidal filed on December 5 before the Mixed Commission of the League, several Hispanic media pointed to the “other reasons” that the Chilean had to sue the club for a default of a contractual value bonds of 2.4 million euros. And it is that according to the reports of the Spanish press, this action would respond to a form of pressure on the part of the formed Colo Colo towards the leadership and, at the same time, the technical staff of the Catalan cast.

“The other reasons that are hidden after the complaint of Vidal al Barça”, titled the newspaper Mundo Deportivo. And in the publication they argue that “although from the player’s environment they maintain that the complaint is not linked to any possible exit in this winter market, but simply claims something that they understand corresponds to the player by contract, there are others reasons that invite you to think that Vidal is forcing the rope: either to play more or to go out. ”

This is because in the present course, former Bayern Munich “has not stopped claiming more prominence.” In fact, the Chilean international already recorded his warning to the institution: either he accumulated more minutes and felt protagonist or left the Camp Nou changing room. However, the Txingurri has chosen to recover the figure of Ivan Rakitić instead of granting more space to the native of San Joaquin.

To date, the man from La Roja has only seen action in 6 starting games between the League and the Champions League, against the total of 24 games played by Ernesto Valverde’s squad (18 in the domestic tournament and 6 in the League of Champions), which accumulates only a percentage of 25% of the commitments played. While last season, Vidal participated in 53 of the 60 official matches with Barça, among all competitions. Of course, the King has scored five times, two more goals than he achieved in the 2018/2019 edition.

Likewise, the newspaper explained that there would also be “an issue that is also not less important in Arturo Vidal’s interest in leaving for Inter Milan, which is also related to the tax savings of Italy. Beyond that Antonio Conte assures him to be an indisputable piece his eleven, Vidal would also find a tax incentive in Italy, which would end up earning more money than he receives in Barça, even if Inter paid him the same card as the Barça club. ”

“Currently, in Italy, foreign players enjoy a flat rate of 100,000 euros for income and compensation received for image rights outside the country. In addition, the taxation of wages is 30% – in the south of the country even It goes down to 20% – compared to 51% in Spain. In short, a fact that is not less when it comes to understanding the pressure Vidal is exerting on leaving Barça towards Inter “, they close.

While Sport titled on its cover: “Arturo Crisis.” “Vidal uncovers the thunder box by suing Barça for non-payment of some variables of his contract.” stand out “The Inter itself has taken a step forward and has moved Vidal who would be happy to incorporate him into the winter market. Of course, the economic demands of the player and FC Barcelona are incompatible with the depressed coffers of a team that has remained outside the Champions League, “they complement.

Finally, the medium is considered as “the great mystery” is to know if the Lombard squad “has enough will and economic muscle to go to the market and sign its two main objectives: De Paul, for whom Udinese claims 35 million euros, and Arturo Vidal, that Barça has valued at no less than 20 million euros. ”

It should be remembered that a few days ago, the national value was presented at the farewell of Rodolfo Madrid, coach of his club (Rodelindo Román) and former partner in the Cacique. In that instance, he took the opportunity to talk about his situation, stating that “I am not responsible for that, that is why my representative, my lawyer, is responsible for the awards and things,” he said.