Home Entertainment Darker Than Black: Heavy-duty noir from the studio behind My Hero 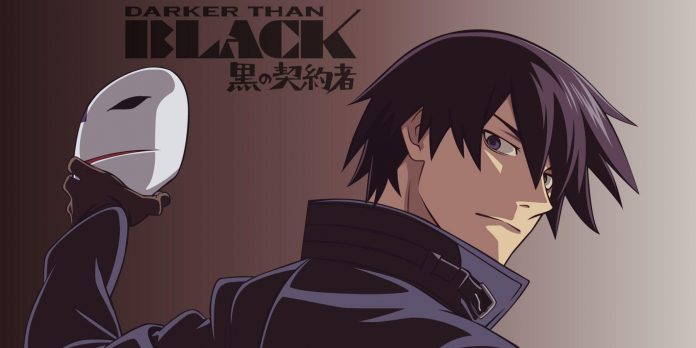 Superpowers and anime go hand in hand, and few series reveal their superpowers more than “My Hero Academy”, where the majority of the world’s population has abilities or “quirks”. However, long before Studio Bones achieved success with My Hero, they made another anime about superpowers, with a noir aesthetic and a vigilante protagonist called Darker Than Black.

Released in the spring of 2007, Darker Than Black tells the story of Hay, also known as BK201, a “contractor”, which is another word for a person with superpowers. In this world, a mysterious phenomenon has led to the fact that the sky has been replaced by a fake sky, where each star represents a person on earth who has become a contractor, and when a star falls, it means that one of them has died. Although the series has never been a big success, it has been repeatedly mentioned when discussing the anime of the 2000s, when Bones released the classics. Darker Than Black cannot be overlooked along with Soul Eater, Sword of the Stranger or Fullmetal Alchemist.

“The contract- is it worth the price?”

It can be difficult to hone the appeal of this show, since history, so to speak, does not put its cards on the table very expediently. The first two episodes cover everything from the aforementioned summary, introducing the main characters, explaining the contractors why they are feared and establishing the status quo in the future.

This show is episodic, but — in the interest of saving time — most of the adventures are split into two parts, which is valuable for exploring the characters central to each story. Like “Cowboy Bebop,” “Darker than Black” is a show dedicated to the supporting cast and how they breathe life into the world.

Except that while the main characters of Bebop were easy to understand early on, the characters of Darker Than Black are harder to understand. Hay has a cute alter ego in the role of Li Shengshun, a Chinese exchange student, but it turns out very early that this is a sham. Yin, the “doll” or medium, is insensitive, and Huang, the curator, is just here to give orders and pamper Hei from time to time.

The truth is that the Darker Than Black story intentionally keeps its main characters shrouded in mystery at the beginning for a while. It’s more about the world and the people who inhabit it, gradually revealing more about Hay and his partners, their past and motives, as well as what their share is in their work.

Even their exact work is mysterious, and their employer is simply called a “Syndicate”. Soon enough, however, the motives become clear enough to give the story some sense of direction. Hei is trying to find out what happened to his sister in between working for the Syndicate, meanwhile a police detective named Misaki is trying to track down Hei and figure out their entire deal.

But why should all this cause concern and, moreover, what makes this show so wonderful that the comparison with “My Hero” was justified in the first place? The answer lies in the supernatural elements of this show, as well as in a strong aesthetic that is so liminal and difficult to put into words that it is puzzling. It’s the same inexplicable reason why people are still drawn to this show even now, and the simplest explanation is that it’s incredibly cool.

Many media outlets can be attributed quality based on how they best “scratch the itch”, and “itch” refers to a certain craving caused by nostalgia or interest in a certain area. When the cool factor of Darker Than Black is discussed, it is often compared to the likes of Batman or Batman Beyond, episodic shows about cool masked men kicking ass.

Superheroes are cool because they have a bright design and interesting tricks, abilities or gadgets, and then the audience stays to learn interesting stories about them. Hay’s first appearance in the anime immediately sets the mood of the show: a masked man with a hook, knives and the ability to electrocute enemies.

Hay’s presence and the recognition of the authorities create a myth about the character, and it is this myth that moves the series forward. In the same way, Hay’s opponents, who often have superpowers, like himself, lead the action. Each new adventure introduces new contractors with wilder and wilder abilities.

The price of power

The catch with contractors is that every time they use their power, they have to pay a price or “obedience”, depending on the translation. These obsessive-compulsive actions range from simple things, such as turning over the victim’s shoes, to huge costs, such as self-mutilation. Despite all the pain of paying, credentials can be very convenient.

Hay’s opponents can do things like direct air into weapons, possess other people’s bodies, or control the weather. In one of the best fights in the series, a character cuts his wrist to pour blood on opponents, and snaps his finger to punch a hole in everything covered in blood.

Sniper Elite 5: How to Play with Friends (Online Game Guide)