Home Entertainment Dark Souls: Explaining the Story behind the Bed of Chaos 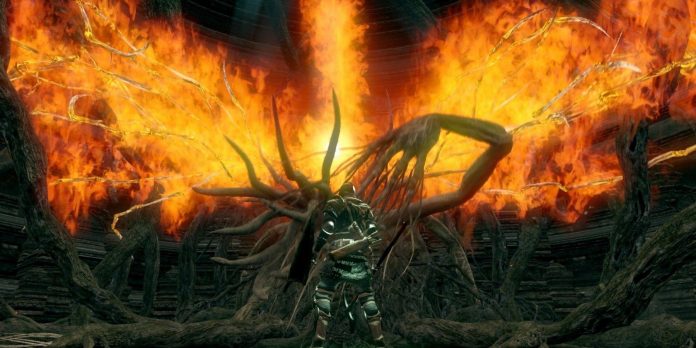 While most RPGs deliver their story clearly and directly to the player, often with cutscenes and straightforward dialogue, FromSoftware’s Dark Souls series doesn’t follow the conventions of the genre. Instead, the Dark Souls series, along with other FromSoftware titles, tells its story in a more obtuse way. By reading item descriptions, talking to NPCs, and paying close attention to an area’s environmental design, players can start to piece together Dark Souls’ story.

Some of the deepest lore in Dark Souls revolves around the game’s many bosses, all of which are closely tied to one another through the game’s central story. Interestingly, what’s widely considered to be the worst boss in the game, the Bed of Chaos, actually has some of the most tragic, riveting lore in the entire franchise.

RELATED: Dark Souls 3: The Lore Behind the Nameless King

Long before the player arrives in Lordran, Dark Souls’ world was inhabited by ancient dragons. Ruling over the land with no competition for thousands of years, these ancient dragons lived a life of peace and tranquility. That is, until the First Flame appeared. Deep underground, this First Flame sparked seemingly out of nowhere, attracting four nearby humanoid creatures.

The first of these creatures, the Furtive Pygmy, held the First Flame for a moment and became immediately imbued with power. Upon seeing this, the other three humanoids embraced the flame as well. A woman who would come to be known simply as the Witch of Izalith was one of these three, who alongside Gwyn and Nito, was bestowed a great deal of power. Manifesting as a Lord Soul, this power varied in each individual. Nito was bestowed the power of death, while Gwyn was given the power of sunlight. The Witch of Izalith was granted the ability to wield pyromancies with ease.

With these new powers in hand, Gwyn convinced the other bearers of the Lord Souls to revolt against the dragons and take the land for themselves. Nito used his abilities to spread plague and famine across the land, while Gwyn used his powerful lightning bolts to crack the dragons’ otherwise-impenetrable armor. Though he was never named, the Furtive Pygmy rallied a sizable force to aid in the extermination of the dragons.

Though the Lords had a strong force, the odds were still against them. As a way to bolster their chances, the Witch of Izalith birthed seven children, six of which were known as the Daughters of Chaos. Granting each of them a fragment of her Lord Soul, the Witch’s daughters were also capable of wielding pyromancies. Together, the Witch of Izalith and her daughters summoned devastating firestorms to wipe out any remaining dragons and level their dwellings.

With the ancient dragons defeated, the Witch and her family returned to their home city of Izalith. As the Age of Dragons came to an end, an Age of Fire began, with Gwyn now taking on the mantle of ruler of this new land, now named Lordran. For a while, citizens across Lordran enjoyed a new age of prosperity, with gigantic cities like Anor Londo being constructed to honor Gwyn and his fellow Lords. However, the Age of Fire was not to last.

Gwyn soon learned that the First Flame was beginning to fade, and knowing that this would result in his powers fading, sent out his four knights to scour the land for a means to keep the flame going. In the meantime, Gwyn approached the Witch of Izalith and asked her to create a new flame that was just as powerful. The Witch accomplished this, creating the Flame of Chaos. However, the Flame of Chaos was much more unruly than she had intended, and although her and her daughters managed to contain the energy for some time, they quickly lost control.

With its Lord Soul at its very center, the Bed of Chaos began using its flame as a way to produce and transform life. These malformed creatures would be known across Lordran as Demons, and much of Izalith’s fallen citizens would be used by the Bed of Chaos to produce different types of Demons. The Witch of Izalith’s only son, a boy who had been born with oozing lava sores across his body, was turned into the monster named Ceaseless Discharge, while two of her daughters, Quelaag and the White Lady, were turned into half-spider, half-human creatures. Only one of the Witch’s daughters, Quelana, survived, making it out of Izalith and reaching Blighttown.

In order to protect the rest of Lordran against the Demon threat, Gwyn tasked his knights with sealing the ruined city. While most Demons had no semblance of humanity, a few retained their sentience, and understanding that they were a threat to the rest of society, agreed to be locked away indefinitely. When the Chosen Undead kills the Bed of Chaos, its Chaos Flame lives on, before its eventually discovered years later when the kingdom of Eleum Loyce is constructed above it. The Ivory King of this land is quickly corrupted by the flame, but with help from the Bearer of the Curse, the Chaos Flame is extinguished once and for all.

Dark Souls Remastered is available for PC, PS4, Switch, and Xbox One.