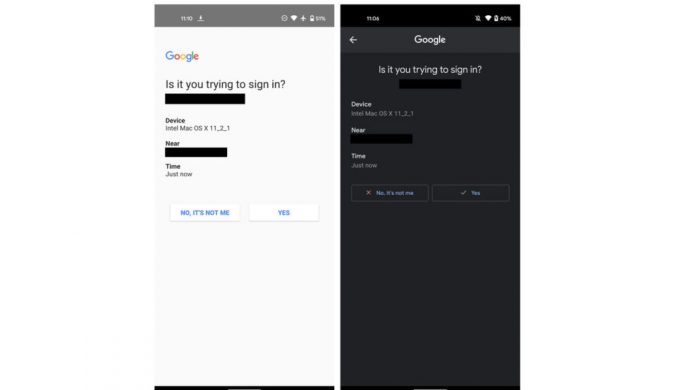 Google has released a new update for the two-factor authentication interface on Android. This update brings a Material Design style look and dark mode.

This small visual update can make a big difference. If you need to authenticate through your Android phone while working at night in dim light or in the dark, you won’t have to bother your eyes.

In addition to the new eye-friendly feature, this new update also offers some visual changes in other areas. These include the customized Google Sans font used in the user interface, and the red and colored icons used in the user input buttons.

The update seems to be slowly rolling out for Android users. According to 9to5Google website, this update has been distributed in personal Google accounts. However, it hasn’t come to Google Workspace accounts yet.

Apple Stores Worldwide Are Temporarily Closed Due To Virus Outbreak