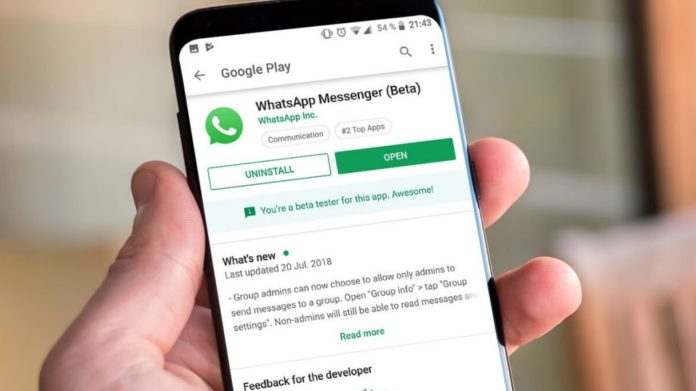 The beta version of WhatsApp on the Android platform has been updated. The new update includes a single change that can be seen when troubleshooting some application issues. The clues to the dark mode embedded in the application have been removed.

WhatsApp, the world’s most popular instant messaging app, continues to gain new features. New beta releases are released almost daily by the developer team, revealing the innovations coming soon. Now the beta version of WhatsApp has been updated and minor changes have been made in the application.

The new beta version unfortunately does not share any details about the long-awaited dark mode. Even in the last update, it is possible to say that WhatsApp’s dark mode has disappeared. In addition, this new version does not offer any improvements to connecting an account from multiple devices. It appears that developers have either suspended these features or are in a different work.

The new beta version for the Android platform comes with only 1 icon changes. It is already known that WhatsApp developers want to change the overall appearance of the application and make it more modern. Therefore, the icon change in the beta version does not excite consumers much. This release also fixes some issues.

As you can see in the photo above, the photos you submitted no longer have a camera icon. WhatsApp developers have decided to use a generic photo icon instead of the camera icon.