Home Entertainment Dark Lugia Returns To Pokémon GO: Date, Time And How To Get... 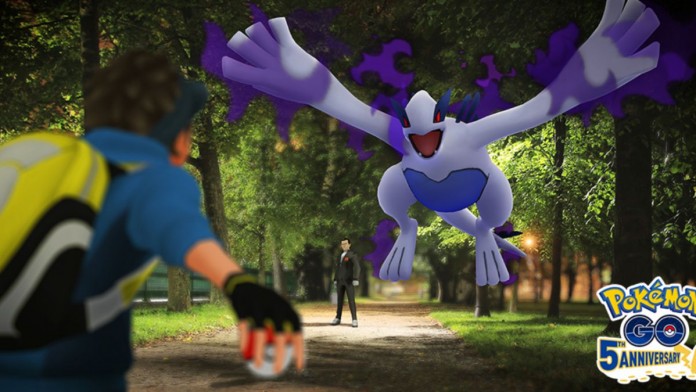 Dark Lugia: On a limited basis, Pokémon GO players will be able to capture Dark Lugia thanks to the Festival of Lights. Team GO Rocket is back with Giovanni. Dark Lugia is back in Pokémon GO. The shadow version of Johto’s legendary Pokémon returns for a limited time from Team GO Rocket, which is also back after months of long waiting. But the hiatus of the team led by Giovanni comes to an end and, as you can imagine, this Psychic and Flying-type creature will be the final companion of the leader of this team of villains. We tell you how to capture it.

How to catch Dark Lugia in Pokémon GO (November 2021)

The first thing to say is that this event that includes his return coincides with the Festival of Lights. Team GO Rocket will return to Pokémon GO this Tuesday, November 9 at 12:00 (local time). From that moment on, the leaders Cliff, Sierra and Arlo will be using Dark Pokémon again, while Giovanni will do the same with his fearsome Dark Lugia.

To capture Dark Lugia it will be necessary, first, to obtain a Super Radar Rocket (we achieved this by defeating the three leaders of Team GO Rocket in phases 15 and 16 of A Misunderstood Mischief, of the Season of Mischief). We explain it here below.
To create the Super Radar Rocket it is necessary that we have previously manufactured a Radar Rocket with 6 mysterious components of the recruits.
Now, find Giovanni with the Super Radar Rocket equipped and challenge him.
If you defeat Giovanni they will have a guaranteed encounter with Dark Lugia.

The 4 biggest flops of recent times and the actors who...