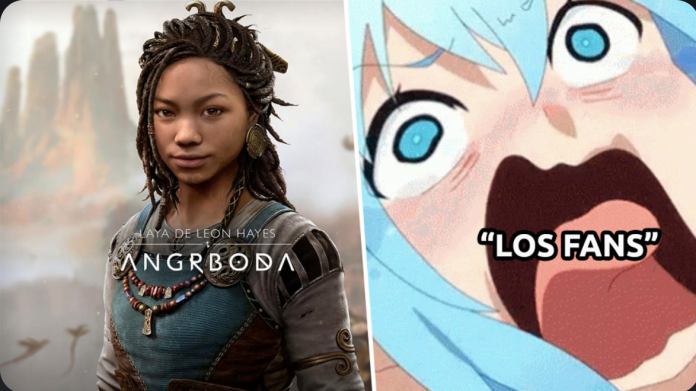 Complaints seem to haunt the Santa Monica Studio game
God of War: Ragnarok became one of the most criticized games and that is still on sale. The first complaints were made to the director, then to the ‘recycled animations’, now it is about the issue of inclusion.

After we saw the first trailer for God of War: Ragnarok at the PlayStation Showcase in September 2021, several images were published with the art of the characters that we will see in the game.

It was already possible to appreciate in good detail the criticized presentation of Thor, now there is another character that is raising controversy and it is Angrboda who is played by Laya de Leon Hayes.

Discussions via Twitter got very heated over the topic of mythology and how, for some users, they should address the ethnicities and appearance of the video game characters.

What did the narrative director of God of War: Ragnarok say about the addition of Angrboda?

As we just mentioned, several users on Twitter complained about Angrboda’s presentation in God of War: Ragnarok and went directly against the narrative director of the series for putting an African-American character in a story of Norse mythology.

‘You’ know ‘that Jötunn isn’t real, right? Can they be anyone or anything? Are some even giant snakes? But I understand it. You were only fine with Jörmungandr because his scales were white, right? ” Said the Narrative Director of God of War: Ragnarok when he was pointed out that he would put white characters in an upcoming Kratos game in Egypt. 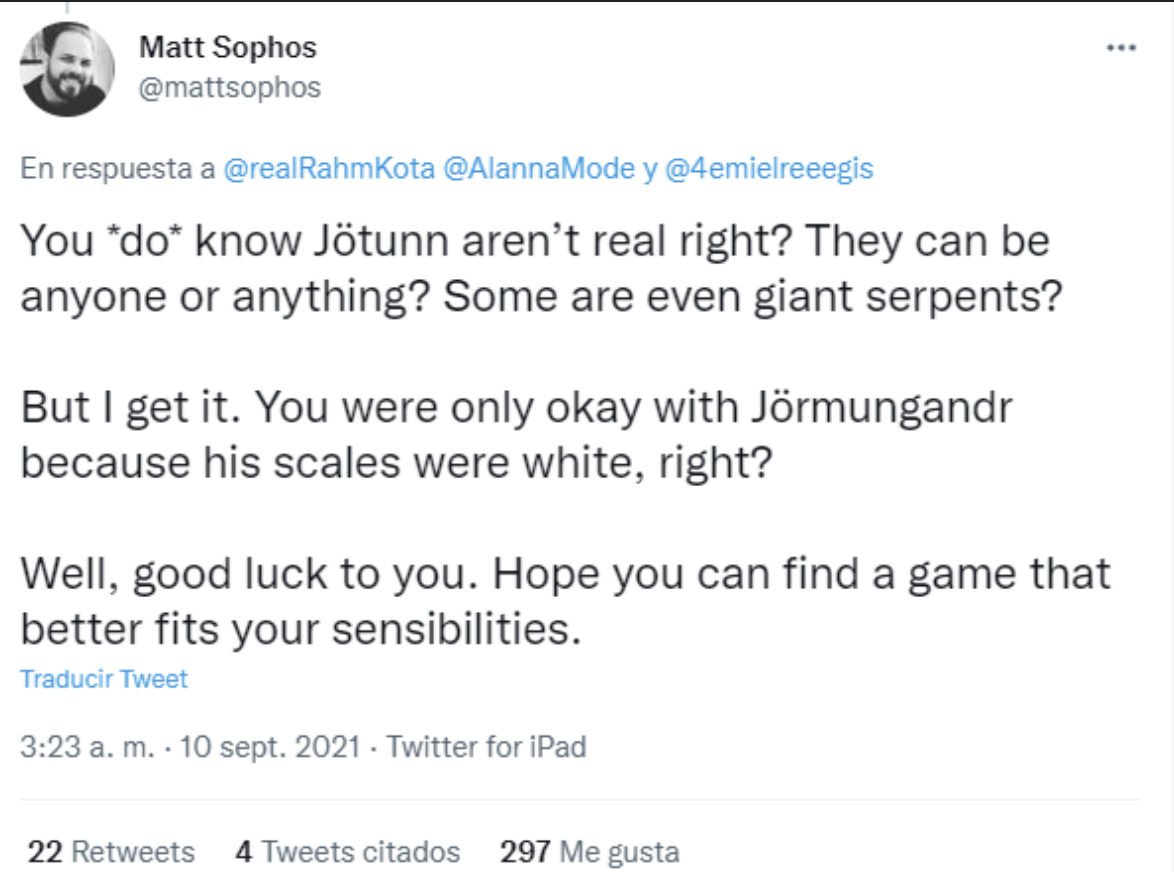 ‘Well, good luck. I hope you can find a game that best suits your sensibilities, ‘added Matt Sophos. Finally, there are people who are taking the skin color of a character who has just been introduced to the series very seriously.

We’ll see what happens to GoW: Ragnarok in the months to come because it’s finally about a title that maybe comes out until 2023.