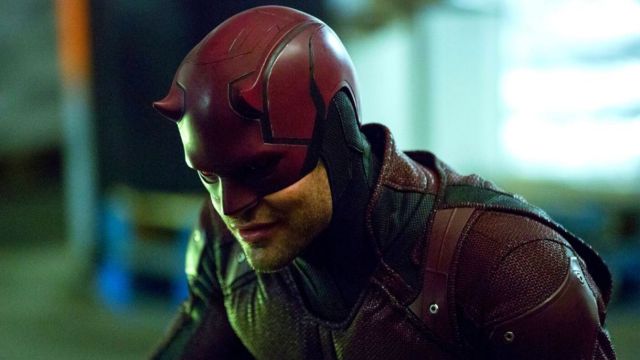 Daredevil: Faced with apparently misinterpreted statements, David Hayter denies having confirmed that Darevevil reboot in the MCU. These are his words. Daredevir’s future in the audiovisual world is up in the air. Following the original 2003 film starring Ben Affleck and the subsequent Netflix television series starring the acclaimed Charlie Fox, fans are wondering what will happen to the figure of Matt Murdock now that Disney has regained the rights to the character. Now, alarms have soared after it was learned that the scriptwriter of Fox’s X-Men films, David Hayter, has suggested – later denied – a reboot of Daredevil in the Marvel Cinematic Universe.

“They’re doing a Daredevil reboot, and Daredevil was always a very important character to me,” Hayter commented at the London Comic Con MCM (via Small Screen). “I loved the first way they did it, but there are certain things I would like to adapt from Frank Miller’s Daredevil run that really mean a lot to me,” he adds.

However, hours later David Hayter himself has qualified his words on the social network Twitter. “No, I have not ‘confirmed’ a Daredevil reboot,” he begins by adding. “I mistakenly believed that I had read in the guild that it was being done, and I would love to see it. (And yes, I would love to write it.) But I don’t have any inside information, ”he says.

Since this seems to be trending…

No, I did not “confirm” a Daredevil reboot.

I mistakenly thought I’d read in the trades that it was happening, and I would love to see it. (And yes, I’d love to write it.)

As of this moment, the news includes content sensitive to be considered spoiler / plot spoiler of the latest Spider-Man films.

They place Daredevil in Spider-Man: No Way Home

During this week supposedly real photographs of the highly anticipated Spider-Man: No Way Home have appeared on the networks, which promises to be an event for the Marvel Cinematic Universe, the climax of a Phase 4 marked by the multiverse. It will not be until December 17 when we can resolve doubts, but if the leaks are true, we would be in the presence of Matt Murdock, played by Charlie Fox himself as a lawyer for Peter Parker (Tom Holland), who seeks to reverse the events of the end of Spider-Man: Far From Home, when the identity of the tepamuros is revealed to everyone.

Doctor Strange, Alfred Molina’s Doctor Octopus, Green Goblin, Electro… and, perhaps, also Andrew Garfield and Tobey Maguire recovering their roles as Spider-Man. All these doubts will be resolved in a single month.

Ashley Jacobs of Southern Charm says Naomi Olindo is “one of...

The video presents what a remake of Midnight Club, created using...