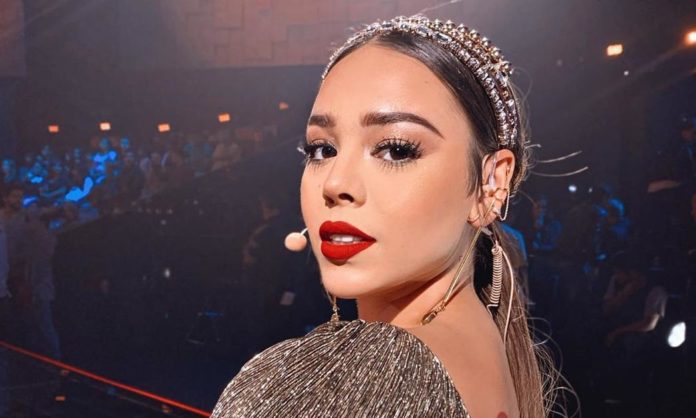 Danna Paola imitates Paulina Rubio and was criticized. The singers are two important figures in the Mexican and international show … Could it be that there are bad vibes between them?

Avideo was released in which Danna Paola performs one of the most famous songs of the so-called Golden Girl , ‘Not a single word’ , but she did it in a very particular way, because the member of the cast of ‘Elite’ took lots of criticism .

In the 12-second clip , you can see how Danna Paola sings ‘Not a single word’ , but with the ‘Spanish’ medium that Paulina Rubio has , so characteristic and iconic of the singer of ‘Cause and Effect’ .

The controversy was born when in the middle of her singing, Danna commented :

She laughed a little and finished singing this song , because this was what set social networks on fire.

Paulina Rubio’s fandom highlighted all the achievements of the interpreter and those of Danna Paola too, each of them had an argument to defend their favorite artist , but what could not be missing were the memes.

Neither of the two artists have declared anything about it, these two stars have already shared the stage, during the soap opera that Danna Paola starred in ‘ Dare to Dream’ , she did a duet with the Golden Girl.

Cardi B deceived by Offset? She takes stock of the rumor!