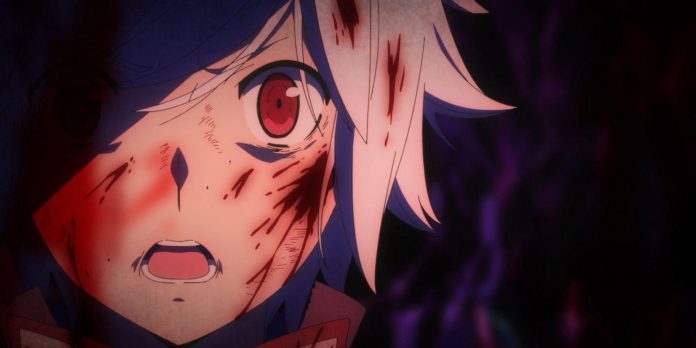 Below are spoilers for episode 9 of DanMachi IV, “Lambton (Ill Omen)”, which is currently streaming on HIDIVE.

Never say that DanMachi doesn’t know how to play with expectations, because in just the first few minutes the direction of the story has changed a lot. And although there was a battle, in the end, it was not at all what was expected, and for a while there was a sense of relief before the horror came once again before the end.

Ryu has been looking more and more guilty over the past week, forcing Belle to come to terms with the fact that she might really need to be stopped from going too far. She was seen torturing people to get what she needed, and her path was littered with destruction, but at the beginning of the episode she manages to pull back the curtain.

The liberation of one ryu lion

Ryu was more furious than ever before, and that combined with her impatience seemed to confirm that she was in fact the killer, but Bell’s persistence managed to unearth the truth. Just Ryu confirmed that she didn’t kill anyone, Bell sniffed out the culprit in a matter of seconds. And it was none other than Yura, the man she was hunting.

It was assumed that the methods of torture applied to the victims should have been used by the same hands that killed them, but this was not necessarily true. Bell saw Ryu torture one person, but the episode doesn’t confirm if he died, and Bell took them to safety, so it’s a bit up in the air. Despite this, it is quite logical that Ryu was framed.

What is still unclear is the story between Ryu and Jura, which is hinted at by their venomous insults and insinuations about their shared history. It is obvious that Ryu has a dislike for him and previously tried to kill him, and that he, in turn, took revenge on her. There is still time for memories of that bloody past between them.

In just one episode, it seems that Ryu has returned to her former self a little. There’s still a lot of anger and emotions buried earlier, but once she and Belle got back to working together, it’s like she never left the party. A cozy feeling, if there ever was one, not that this feeling lasted very long.

A great calamity is coming (still)

Each episode begins with Cassandra’s premonition, but each time the visuals reveal a little more about what this terrible future will be like, waiting for the party. At first it was a vague knowledge that everyone would die, then specific anecdotes about the fate of the group members, and now another vague vision focused on Bella and Ryu.

Now that Ryu’s innocence has been proven, the question arises as to how she will be at the center of the coming disaster. Is there something in her past connected with the coming monster? Will she have to make a difficult choice when the lives of the band are at stake? Or was this part of the premonition a distraction to emphasize how Ryu’s setup had driven everyone into the dungeon?

While Bell and Ryu are fighting one giant snake, the rest of the group is fighting their own in a battle that seems to be going too well. Their teamwork is on top, they build an impressive defense, and Haruhime even activates his special ability to strengthen Welf and Ouka. But all this means that they are completely unprepared for what will happen next.

Poor Cassandra started the arch, catching fire with gaslight, believing that her visions were not serious because of the huge victory in the previous arch, and slowly watched as it all came true. If everyone wins and gets out alive, she’ll have the biggest “I told you so” card ever printed metaphorically.

This episode was a great reminder of why fans love Ryu, and an intriguing teaser of what’s coming next. While no one needs cliffhangers teasing new threats this season, we hope Ryu’s backstory will take center stage and offer a short break from the madness.

Thor: How many Asgardians were left alive before Love & Thunder?