Home Sport Daniel Ricciardo has made an important statement about his future in Formula... 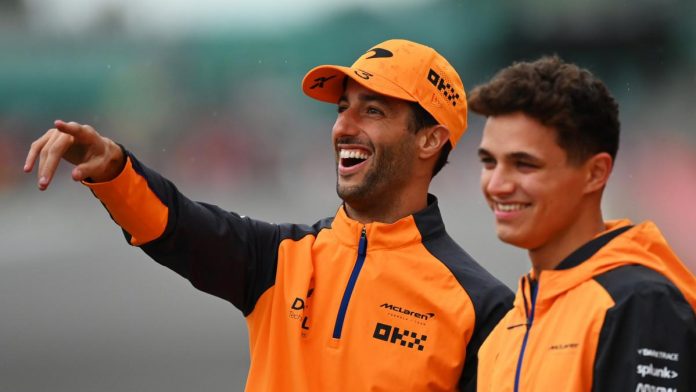 Rumors have been circulating for several weeks that McLaren Formula 1 driver Daniel Ricciardo may leave the team at the end of this year. But it looks like the rumors have become reality.

On Wednesday, McLaren and Ricciardo agreed on the terms under which Ricciardo will part ways after the 2022 Formula 1 Championship season. In a statement, Ricciardo called it a privilege to play for McLaren, but believes it’s time to part ways.

“It has been a privilege for me to be part of the McLaren Racing family for the last two seasons, but after several months of negotiations with Zach and Andreas, we decided to terminate my contract with the team and agreed to mutually part ways at the end of this season. of the season,” Ricciardo said.

It looks like McLaren already has a plan to replace Ricciardo as a teammate of Lando Norris. It is believed that the current Formula 2 champion Oscar Piastri is their best option.

Daniel Ricciardo gained worldwide fame during his five years at Red Bull Racing. He won seven races for Red Bull, including the 2018 Monaco Grand Prix, and twice finished third in the Formula 1 championship.

Ricciardo had two good seasons at Renault between 2019 and 2020 before joining McLaren in 2021. At the 2021 Italian Grand Prix, Ricciardo became the first McLaren driver to win a Formula 1 race since Lewis Hamilton in 2012.

But this year Ricciardo has not achieved comparable success. This year he has never been on the podium and only got into the top 10 four times.

Will Daniel Ricciardo play for another team in 2023?