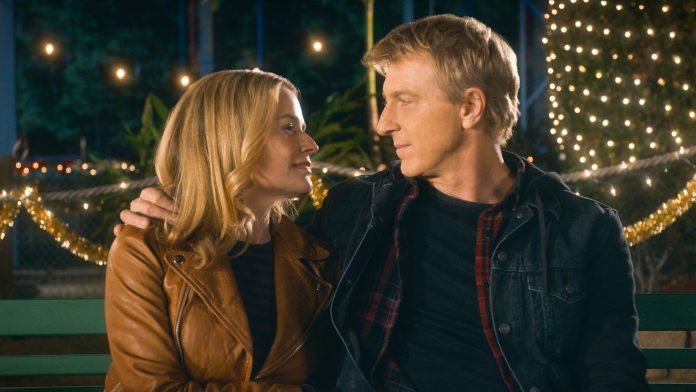 The Netflix streaming platform premiered on January 1, 2021, the third season of Cobra Kai a week in advance, as it recently promised to fans.

For months, Cobra Kai fans were on the lookout for everything that could happen in season 3 of the Karate Kid sequel. Above all, the return of some characters from the past.

On the return of Ali Mills, fans kept speculating. And now that Cobra Kai is back on viewer screens with the new episodes, there was finally talk about the return of Johnny Lawrence’s ex-girlfriend.

Since season 1 of Cobra Kai, fans have seen Ali Mills (Elisabeth Shue) in all episodes through Flashbacks. At the end of the second installment, everyone witnessed the friend request that Johnny made to his ex-girlfriend through Facebook.

And it is that when season 2 of Cobra Kai ended with Johnny’s friend request to Ali, the producers were not sure if Shue would return to the world of Karate Kid as Ali Mills. At least the actress didn’t publicly commit to reprising her role.

Also, in December 2020, the interpreter of Daniel LaRusso, Ralph Macchio revealed that he did not know about the return of Ali Mill until he received the scripts for season 3 of Cobra Kai.

In this sense, the actor also commented that the producers of Cobra Kai had an alternate plan in the event that Elisabeth Shhue did not agree to reprise her role as Ali Mills for the Netflix series.

“There was a backup plan if she wasn’t available. When did we find out? I guess it happened throughout the filming of Season 3, it was about, you know, the logistical side, at least from my perspective. I think I found out when I received the scripts, actually, how it would develop. ”

Finally, fans got what they were waiting for, Elisabeth Shue is back on Cobra Kai, arriving on vacation at her childhood home and newly separated from her husband.

In season 3 of Cobra Kai, Ali reconnects with Johnny as old friends from high school, but, just as he has rekindled things with Carmen, Miguel’s mother.

Will Elizabeth II take away her royal privileges?