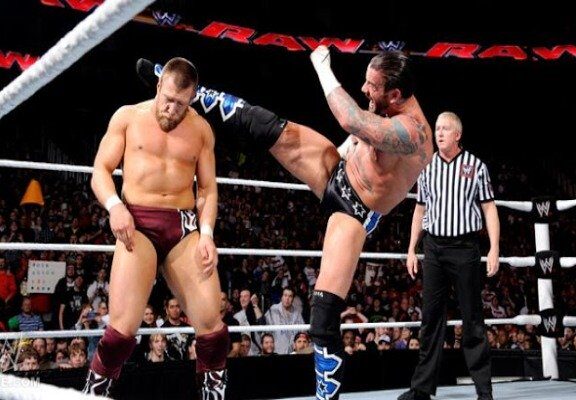 SmackDown fighter Daniel Bryan spoke about the experience of working with CM Punk during their 2012 rivalry.

Daniel Bryan was present at the weekly edition of the WWE Backstage program. During his conversation with Renee Young and CM Punk, Bryan discussed his history with Punk and Aj Lee during 2012. The fighter noted how much I enjoy fighting with him, while also pointing out aspects that were mishandled.

According to Daniel Bryan, his rivalry with CM Punk offered a central event level, however despite having three starting fights at PPV, none were located in a stellar event.

“It was a period when Punk and I were involved in a feud for the WWE Championship. However we were not in the main event. I don’t usually feel treated incorrectly but that was one of those times. At Over the Limit we had a match and the main event was John Cena against my father-in-law, so it was kind of weird, “said Daniel Bryan.

“The fact that John Cena vs. John Laurinaitis was the main match was odd considering that Punk and I had three incredible title fights at events. Two of them were hand-to-hand combat and none was the main attraction. So I remember being in those matches with the mentality of going out and showing what we really were worth, “Bryan finished.

Daniel Bryan is currently scheduled to have a match against Aj Styles at the next SmackDown to determine the winner of the tournament for the Intercontinental Championship.