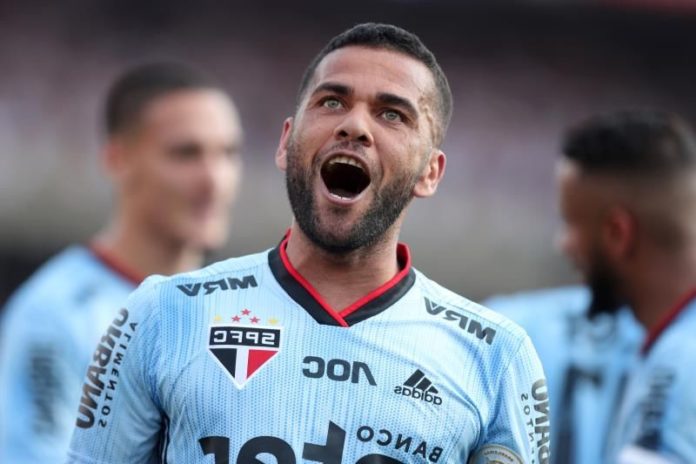 El Santos, of former Argentine coach Jorge Sampaoli, lost ground with the leader of the Brazilian Championship, Flamengo, by allowing Sao Paulo to draw a 1-1 draw from his home on Saturday in a close game that left the Uruguayan midfielder Carlos Sánchez as a figure , author of a penalty goal.

The happiness of Santos and his fans ended at the 54th minute, when Barcelona’s former Daniel Alves equalized after receiving a cross pass from midfielder Vítor Bueno.

From the classic Sao Paulo put out Ecuadorian striker Robert Arboleda, who committed the foul on midfielder Evandro that Uruguayan Sanchez changed by goal from the penalty spot at 6 minutes.

Sanchez could have scored a goal from the middle of the field at 31 minutes but with today’s score already adds 16 in the season.

Santos retained third place, now with 65 points, but the best news he received today was the confirmation of his presence in the Copa Libertadores next year.

Despite the tie away from home, the 33rd day of the ‘Brasileirao’ was not entirely positive for Sao Paulo because it lost the opportunity to evict the Guild from fourth place.

Provisionally it is held in fifth place with 53 integers.

Those led by Fernando Diniz hope to know this Sunday the fate of Athletico Paranaense, who breathes him in the neck, and will play with Botafogo.

Santos and Sao Paulo today divided their domain in each time. Those of Sampaoli were more aggressive in the first, and those of Diniz in the complementary.

The party was attended by the president of Brazil, Jair Bolsonaro, who was received between applause and rechiflas by the public in the stands.

115-87. Lillard and the Trail Blazers keep the Knicks in defeat