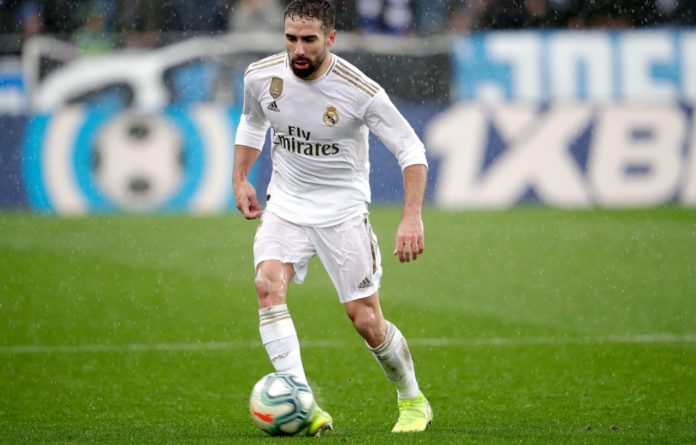 The previous championship did not end well, nor did it start well. Dani Carvajal had a dangerous drop in performance after years of being life insurance, both in defense and attack. Suddenly, perhaps overwhelmed by the bad moment of the team, the electrifying football of the Madrid side vanished.

Carvajal won the spot on his return to Real Madrid in 2013, after a spectacular year at Bayer Leverkusen. The defender proved to have a spectacular bellows, which allowed him to have a presence in the entire right wing constantly, but above all it was his great technical quality that made Carlo Ancelotti opt for his presence in the initial eleven above Álvaro Arbeloa. The former Liverpool was the owner of the band for four seasons, but his technical limitations left him in evidence as soon as he appeared for Valdebebas Dani Carvajal after his assignment in Germany.

From then until last year there has been no doubt. Neither the 40 million euros that Danilo cost, nor the other 40 that were invested in Álvaro Odriozola last summer, nor the strength of Nacho Fernández – the boy for all of the Madrid defense – ever jeopardized the ownership of Leganés.

Perhaps it was that lack of real competition that caused the Spanish international to slow down and begin to link performances that left much to be desired. It has been precisely in the Spanish National Team where he has suffered most for that downturn, and surely the real reason why he has plugged back in the way he has done in the last month and a half.

Robert Moreno, already a former Spanish selector, decided to bet on Jesús Navas on the side of La Roja, and the Sevillian has not failed him. The world champion has taken the place and Carvajal has realized that, if he did not change the situation immediately, he might have to watch Euro 2020 from the bench, while a 34-year-old veteran was running around his band.

At the same pace that Real Madrid has returned to reengage the League train from the hit in Mallorca (last match played by Alvaro Odriozola), Dani Carvajal has stepped forward and proved that he is a football player like the cup of a pine.

His match against PSG was commendable, but against Alavés he gave a new twist.

The squad was a torment for his band during the entire match, wielding the Basque defense, and in the end he found the prize for his perseverance scoring the victory goal.

He had been rounding it for weeks, being one of the Real Madrid players who most percused in attack, and in Mendizorroza he was finally able to celebrate a bit – also very important. His goal puts Real Madrid leader before FC Barcelona and Atlético de Madrid see each other’s faces in the Wanda Metropolitano, so the victory against the Basque team could end up being key to the future.

Great news (another one) the resurgence of a capital player in the last five years in the Santiago Bernabéu and that like many others had been carried away to show his worst level as a professional. Now he seems to have turned the tortilla around in his club and is focused on disputing Navas ownership in La Roja.