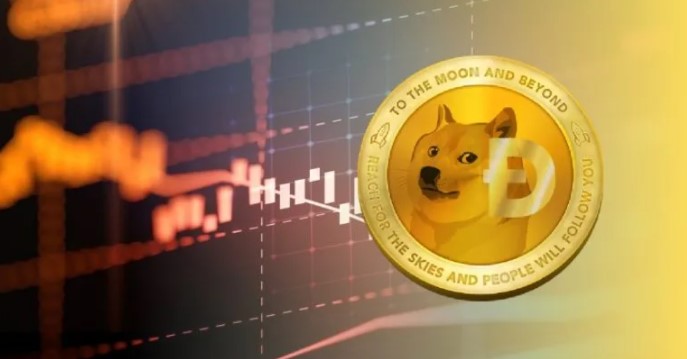 Dogecoin (DOGE) has had a dramatic year. Beginning just a year ago, it surpassed $0.1 and embarked on a “lunar mission” towards $1. However, it never reached this target and has been in a downtrend ever since. Analyst Tony Spilotro is considering a descending triangle formation that could be dangerous for Dogecoin in the coming days.

Dogecoin was last year’s cryptocurrency star, rising from its penny price to $0.7376 in a short time. It even managed to break into the top five cryptocurrencies by market cap. It also caused a whirlwind of self-inspired copycats. Fans of the popular dog-themed crypto range from Snoop Dogg to Elon Musk as the Dogefather himself. These famous figures and audiences propelled the Dogecoin rocket to success. Robinhood investors rejoiced; meme coins went viral on TikTok. The driving itself has been pretty bumpy lately due to the increasingly risky macro environment. However, a possible pattern may indicate that it is time to abandon ship and return DOGE to the penny price.

Dogecoin is displaying a possible descending triangle pattern pictured above. For comparison, the primary phase of the Bitcoin bear market is depicted side by side with DOGE/USD. A similarly-sized drop could send Dogecoin back to $0.10 to $0.5 or lower. Also, descending triangles have a tendency to drop below support, but that doesn’t necessarily mean certain doom for DOGE. By comparison, Bitcoin has dropped another 50% to its final bear market floor. After the last break of the triangle, it bottomed out and the cycle started again. While things could get worse for Dogecoin investors, the analyst thinks it won’t be long before the market reverses if lower levels are defensible.

Animated series to watch on Star+ in addition to The Simpsons