Home News The Most Dangerous Airport in the World 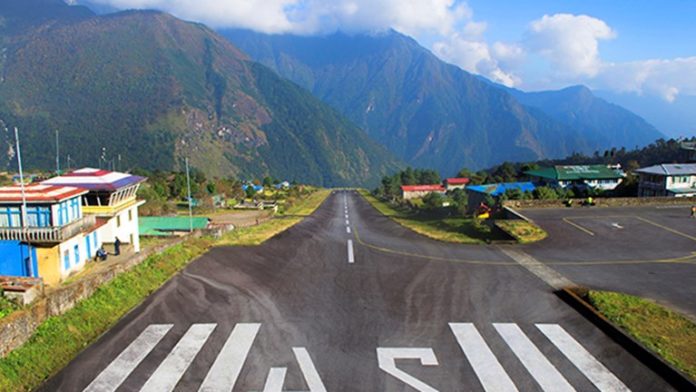 Today, there are many people who are afraid of traveling by plane. But all the various reasons that make people afraid are all together at this airport.

Today, the safest form of transportation to reach a point from one point to another is known as the airway. Although the number of accidents occurring in the airways is quite low compared to other roads, many people still do not prefer the airways due to their various fears.

Lukla Airport is located at very high altitudes and at the foot of the mountain. The location of the airport is constantly changing. When you look at the images above, you can see that there is something strange on the track as well. Even the shape of the runway is enough to make this airport dangerous.

This airport, at the foot of the Himalaya Mountains, is 2,895 meters above sea level. The trapezoidal track is only 526 meters long. If we say that the shortest runway at Istanbul Airport is 3,750 meters, you can better understand the limits of the airport. Of course, the planes that land here are also quite small.

Landings and departures at Lukla Airport are usually in one direction: to the end of the cliff. That’s why the planes that land at this airport face huge dangers. The airport is the busiest local airport in Nepal. Many people going to Kathmandu, the capital of Nepal, pass through this airport.

Possibility of Kia to produce Apple Car still on the table