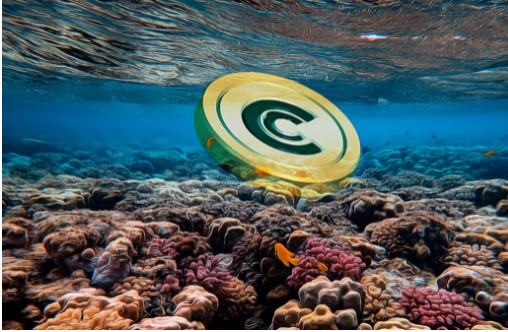 Altcoins don’t always grow, and in some projects you will see the price decrease as the enthusiasm fades. Dangerous bells are ringing for this altcoin. Experts believe that a new wave of sales may begin, and this will quickly bring down the price. But what makes the price forecast negative?

The enthusiastic price rally that was observed in mid-March seems to have already dried up thanks to a 70 percent drop in the value of the coin over the past two weeks, and it may fall even more in April. An ascending wedge is forming in the center of this expectation. This pattern is formed by consolidating the price upwards in a range defined by two converging ascending trend lines.

ApeCoin has been drawing a very similar pattern since March 18, as shown in the chart below. Altcoin recently broke below the lower trend line of its ascending wedge and approached the theoretical target installation price of $9, which is about 30% lower than today’s price.

Meanwhile, the clear gap between the price increase and the volume drop over the past two weeks also indicates a weakening of the upward momentum. Yuga Labs, the firm behind the NFT Bored Ape Yacht Club (BAYC) collection, has issued 1 billion ApeCoins as a management token for its new decentralized autonomous organization (DAO). He then distributed 10,000 ApeCoins to each BAYC NFT holder.

ApeCoin quotes registered on the same day on some leading crypto exchanges, including FTX and Binance, rose from $1 to $41 during its March debut. But since then, he has been struggling with a strong correction.

Josh Ver, co-CEO of SparkWorld, a prediction platform for NFT, stated that the current APE valuation, which is still 1200% higher than its original Binance price, is the result of “hype, excitement and enthusiasm” at Yuga Labs.

“Yuga Labs, the studio behind the collection, is a commercially viable business; they generated over $127 million in revenue last year,” he added, adding that “if ApeCoin holders get a share of that profit, then APE will have a significant underlying value.” He also said what needs to be done.

Yuga Labs said that next year 9.4 million APES will enter the market every month, and the tokens allocated to it can be unlocked.

But to meet this new supply, it takes approximately $132 million in monthly demand to enter the market, or an investment of $4.4 million per day. How will Yuga Labs, BAYC, DAO and venture capital firms (a16z and Animoca) generate the necessary demand? Yes, this question is reminiscent of the risk of inflation.