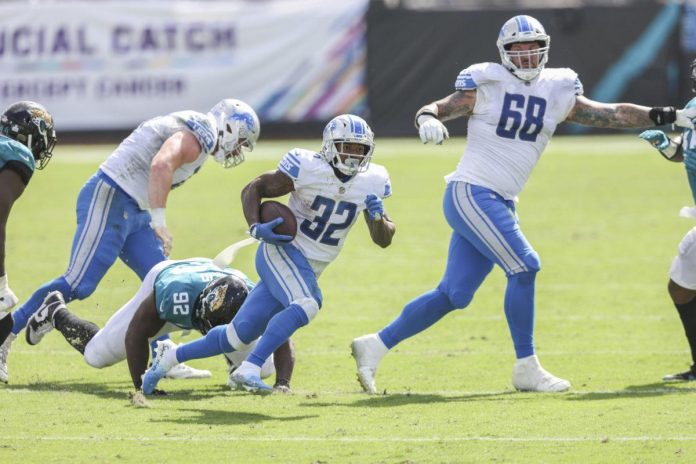 The Detroit Lions will be the favorites in an NFL game for the first time in two seasons when they play the Washington Commanders this weekend. And the star of the runningback, D’Andre Swift, hopes to be a part of it.

Swift missed his second training session in a row due to an ankle injury, but is optimistic that he will be able to play in the second week. Speaking to ESPN Lions insider Eric Woodyard, Swift said he was “fine” and promised he would “absolutely” be able to play.

Swift had 15 carries for 144 yards and a touchdown plus 31 more receiving yards in Detroit’s narrow Week one loss to the Philadelphia Eagles. He was the first Lion to do that in a Week one game since the great Barry Sanders back in 1996, and was one of the best runners in the entire league in week one.

Swift led the Lions in touchdowns in each of his first two seasons.

The results for the Detroit Lions haven’t been demonstrated yet, but they’ve been in virtually every game they’ve played since Dan Campbell took over in 2021.

Maybe the results would have been better with a better coach, or maybe Campbell’s Lions are playing much higher than their weight class.

Anyway, the Lions are clearly a dangerous team right now, and the league is starting to notice that.

A healthy D’Andre Swift could be the deciding factor between victory and defeat this Sunday.

Gympass closes partnership with Strava and app will be offered to...