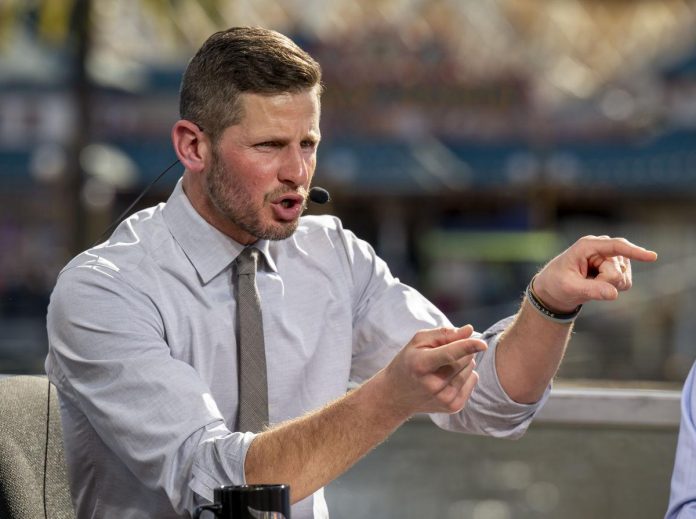 ESPN’s Dan Orlovsky is eyeing a lot of quarterbacks this college football season. But one quarterback really interested him.

Ahead of Saturday’s Florida-Utah game, Orlovsky spoke with fellow analyst Paul Finebaum and put Anthony Richardson of Florida next to the Gators’ most iconic quarterback Tim Tebow.

Orlovsky said Richardson is “this special player” and “the most intriguing prospect in this position” all season. He believes Richardson has all the traits of an elite quarterback.

“Physically, he’s Florida’s most talented quarterback since Tim Tebow,” Orlovsky said Saturday in the South. “He’s a special player. I am absolutely sure that he is the most intriguing player in this position in all of college football this year. Because he’s the one who dominates the NFL quarterbacks game on Sundays right now. Big, fast, powerful, strong, fearless, an excellent ball thrower. Incredibly smart, can beat you with his arm, his mind and his legs.”

Anthony Richardson played seven games last season, completing 59% of passes for 529 yards and six touchdowns with five interceptions. He added another 401 yards and three touchdowns on the ground.

But he was a four-star prospect who graduated from high school in 2020. Now that he’s a starter, maybe he’ll really start to prove himself as an elite passer.

Do you agree with Dan Orlovsky? Is he worthy of Tim Tebow’s praise?

Julian Edelman reacted to the departure of a longtime Patriots teammate