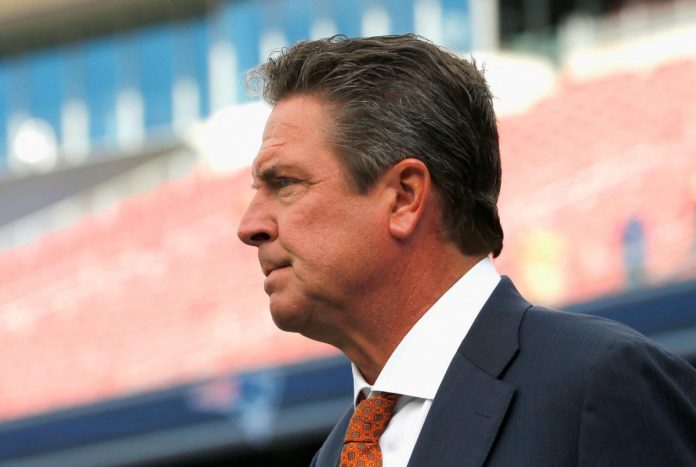 Hall of Fame quarterback Dan Marino played his entire NFL career for the Miami Dolphins, finishing his career as the NFL’s best passer and the greatest player in the team’s history.

But has the idea of leaving the Dolphins ever occurred to him during his 17-year career? Apparently it was.

In an interview with Mackenzie Salmon of Sports Seriously, Marino admitted that the thought of leaving the Dolphins in the 1990s after Don Shula’s departure really crossed his mind at some point. He said he even had offers to move elsewhere and was seriously considering joining a team that is in a better position to fight for the Super Bowl.

“Yes, to be honest with you, I definitely thought about it,” Marino told Mackenzie Salmon of Sports Seriously. “I’ve been playing for the Dolphins for 17 years and they were kind of going in a new direction with a new coach and I had offers to play elsewhere and I really thought about it and maybe I had a chance to win a championship like Matthew [Stafford] did.”

But Marino said that in the end “it was just wrong” to leave the Dolphins. He was pleased that he remained a dolphin throughout his career, and believes that it worked for the best.

“I thought about it for a long time; it just didn’t seem right,” Marino said. “I just decided I was going to be a dolphin for life, and it worked out great. But I did it, I’ll tell you. I’ve been thinking about it.

Dan Marino achieved the greatest success at the beginning of his career. From 1984 to 1986, Marino led the NFL in passes and touchdowns for three consecutive years. He is the only quarterback who can boast of a victory over the legendary Bears of 1985.

It’s fun to speculate about Marino’s place among NFL quarterbacks, but not a single Super Bowl win is one of the main factors contributing to the fact that he is rarely mentioned at the very top.

Should Dan Marino leave the Dolphins at some point in his career?