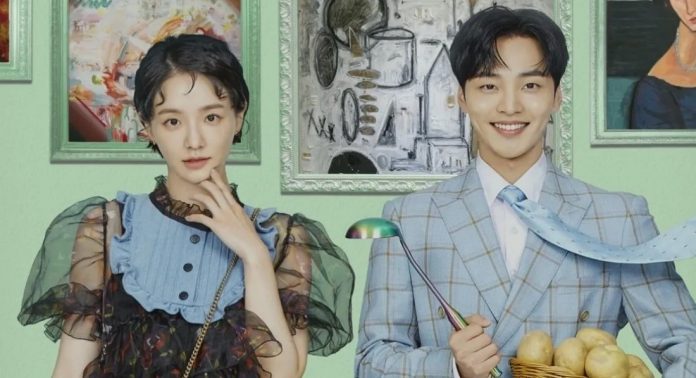 The stories of the dramas are not over yet and there are many new productions to see, such as ‘Dali And Cocky Prince’, with its romance and fun it will end up enchanting you.

Kim Min Jae and Park Gyu Young will star in the upcoming drama ‘Dali And Cocky Prince’ will be a fun drama where Jin Mu Hak , a boy with no school education but very smart and talented to make money, meets Kim Dal Li a very intellectual girl who comes from a prestigious family; How will the romance of both?

‘Dali and Cocky Prince’ will be a romantic comedy drama where we will not only have a lot of fun with its characters , but we will also experience the love of both and many adventures that will unfold in the curious plot of this next South Korean series .

So this drama has promised a lot for the fans and everyone is dying to see it, when will it premiere ? There is very little left for us to see all the history and characters of ‘Dali And Cocky Prince’.

WHEN IS ‘DALI AND COCKY PRINCE’ RELEASED?

‘Dali And Cocky Prince’ premieres on September 22 on the South Korean network KBS2 , its episodes will be broadcast every Wednesday and Thursday at 9:30 PM, South Korean time, there are still a few weeks left for its premiere, but In the trailers, we can already know a little about this funny K-Drama .

Let yourself be trapped by this funny and romantic story and do not miss its episodes as soon as it is released, without a doubt it will be a drama that should not be missed.

This was the last scene to validate certain theories.