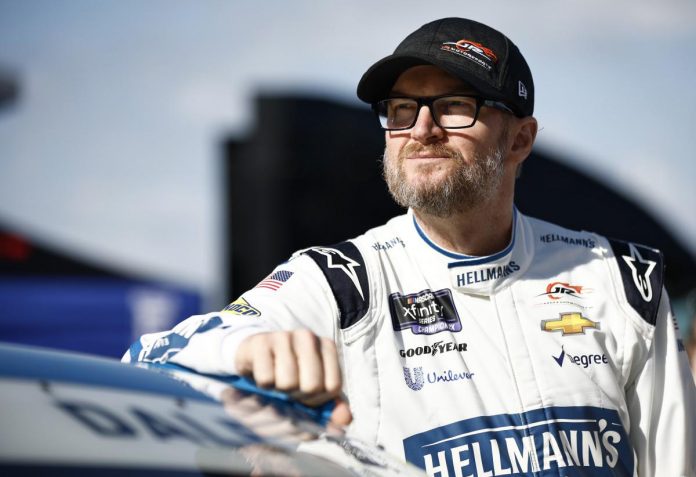 Dale Earnhardt Jr.’s racing career is coming to an end, but he is just starting his new career.

In a recent Twitter thread, Earnhardt Jr. made sure that everyone knows how much he appreciates announcer Rick Allen.

Here is part of the topic:

There were some concerns about the weather this weekend. My role that day was to work hard on the race after the countdown to the green was over. I didn’t have any responsibilities during the CDTG show.

After our morning meeting, Rick stopped me and just told me to take a summary (a detailed piece of paper) for the CDTG show “just in case” when there was a problem with the weather and I needed to light in the booth.

He was right. At the beginning it was raining, and Burton and I were asked to cover several segments in the booth. We were confident and ready. Much more than I was in New Hampshire.

Just because Rick gave me a little advice. I just want people to know that Rick is one of the most sincere people I’ve ever worked with. He’s a great teammate, even when you’re playing in his position in the game. I admire his talent in the cockpit and appreciate his support both professionally and personally.

Earnhardt Jr. started the Twitter thread by saying he knows he’s not the most qualified person for the job, but appreciates NBC for giving him the opportunity.

“I’m asking to play a little play after play in the last few years for NBC. I don’t deserve it because there are hundreds of more qualified people. NBC kindly allowed me to try. Honestly, it’s a huge thrill Scary. But it’s fun,” he said.

Earnhardt clearly likes the new opportunity presented to him, even if he’s not the best at it yet.