Home Entertainment Dakota Johnson’s reaction to being tied up in the movie “Johnny Depp... 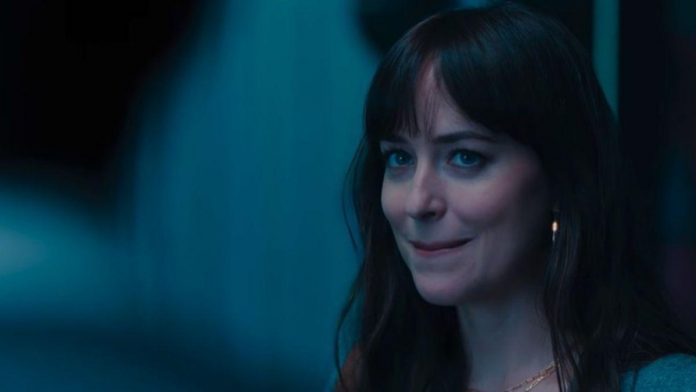 During the high-profile trial of Johnny Depp and Amber Heard, it seemed that something new appeared every day. One of them was associated with the actress of “Fifty Shades” and “Suspiria” Dakota Johnson. During the trial, a video surfaced showing Johnson and Depp promoting their 2015 film “Black Mass,” and Depp’s bandaged middle finger pulled her into the conversation a little. The actress shared her reaction to being dragged into the conversation.

Speaking frankly with Vanity Fair, Dakota Johnson was asked if she had seen the 2015 clip, which recently reappeared and gained more than four million views under the heading “THE EXACT moment when Dakota Johnson KNEW THAT Amber Heard was VIOLENT towards Johnny Depp.” According to her:

I thought: “For God’s sake, why? Why am I involved in this?” I don’t remember it at all, but please get me out of this. Don’t let it go any further. Can you imagine, oh my God, if I were called to testify? I can’t believe people are watching [the trial] as a show. It’s like a courtroom drama, and my heart breaks. It’s so, so, so crazy. People are so damn weird. The Internet is a wild, wild place.

In the video, Dakota Johnson and Johnny Depp sit next to each other at a Black Mass press conference while their director Scott Cooper speaks. Johnson seems to have noticed Depp’s injured finger, which he talked about at length during the recent trial, and they seemed to be talking about it. Here’s a viral video:

Microsoft Edge Will Finally Help You Find The Tabs That Consume...