Home Entertainment Dakar Desert Rally Heads To Market; This Is The “New Generation” Of... 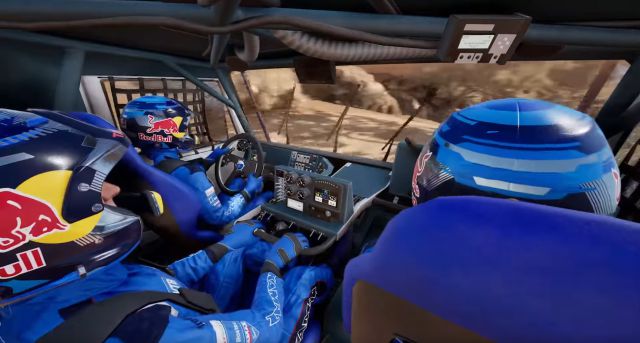 Dakar Desert Rally: The Dakar will return to the video game at the hands of Saber Porto. Desert Rally promises to bring racing to the “new generation” with the 2020 and 2021 editions. Dakar Desert Rally will be the next proposal based on the most famous license in the desert. The competition that starts the annual automobile course prepares its leap to the new generation. Saber Porto will be in charge of “capturing the genuine speed and excitement” of the race. Aim for sometime in 2022 on PS5, PS4, Xbox Series X | S, Xbox One, and PC platforms.

The Dakar is back

The content of the game will cover around 30 stages of the 2020 and 2021 editions with all licensed vehicles, teams and drivers in both multiplayer and solo modes. It is surprising not to cover the next season, which will start on January 2, 2022, just in the same year in which it is expected to be commercialized. The information so far indicates that we will not be able to put ourselves in Carlos Sainz’s shoes in his debut on board the Audi RS Q e-tron, the German manufacturer’s electric vehicle.

On the track we can expect “an immense open world through the extreme scenarios of Saudi Arabia”. It will have dynamic weather conditions in real time, day and night cycles and the four seasons represented. The company indicates that we will face “sandstorms, the burning sunlight in the desert, the exhausting rain, snow and the depth of the mud.”

Amaury Sport Organization, the promoters of the competition, put their stamp on a title that will include the authentic road books of the two editions that it covers through its five categories: Cars, Motorcycles, Trucks, Quads and SSV’s.

From Saber they have already confirmed the long list of compatible steering wheels from day one. We leave you with them below.

The 10 most ridiculous moments in Scandinavian mythology that we would...