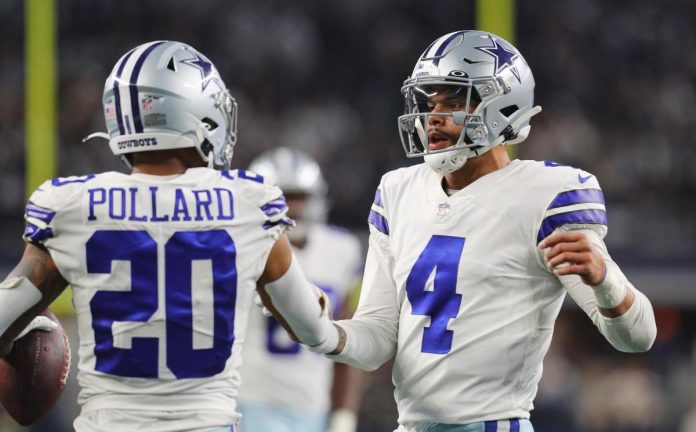 The Dallas Cowboys will be without quarterback Dak Prescott for the foreseeable future.

Prescott suffered a thumb injury during the Cowboys’ 19-3 loss to the Tampa Bay Buccaneers on Sunday night and did not return.

Owner Jerry Jones then announced to the media after the game that Prescott would need surgery on that thumb, but did not name a schedule.

ESPN’s Todd Archer is now reporting that Prescott is expected to be sidelined for six to eight weeks. If he follows that time frame, the earliest Prescott will be able to return is October 30 against the Chicago Bears.

Cowboys fans are clearly upset by this news.

Cooper Rush should be the starting quarterback in the future, unless the team trades someone else.

The road doesn’t get any easier any further. The Cowboys will play the Cincinnati Bengals next Sunday at 4:25 p.m. ET.