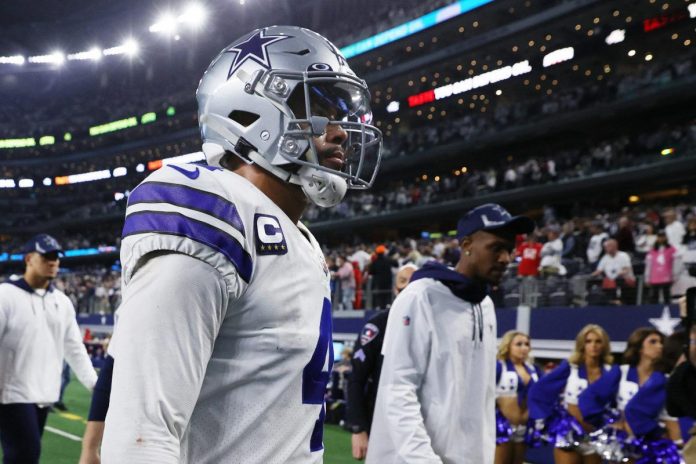 There is a chance that Dallas Cowboys quarterback Dak Prescott may return earlier than originally expected.

According to Tom Pelissero of the NFL Network, Prescott may return in four to six weeks after surgery on his right thumb was successful. The timing will depend on how the bone heals, but doctors are optimistic because Prescott is known to heal quickly.

In this new schedule, Prescott may return in mid-October rather than late October.

This is great news for the Cowboys, as it means they can potentially still claim the NFC East title.

At the moment, Cooper Rush will start until Prescott recovers. The Cowboys are also likely to add a third quarterback to the lineup in case Rush gets injured.

The Cowboys will be aiming for a 1-1 season lead when they play the Cincinnati Bengals on September 18.

The NFL world reacts to the new image of Aaron Rodgers...