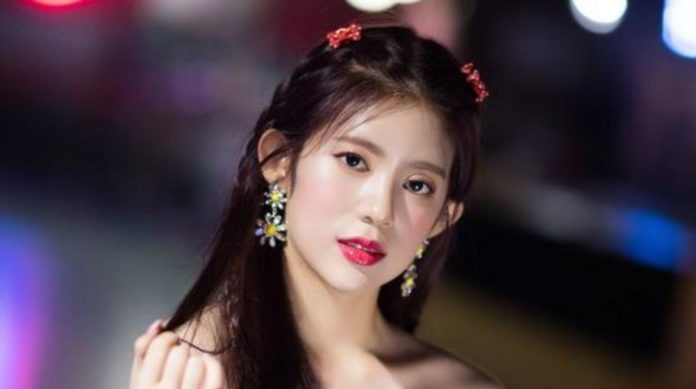 MLD Entertainment is the agency that manages the girl group Momoland, which is made up of Nancy, Yeonwoo, JooE, Hyebin, Ahin, Nayun, Jiyeon and Daisy, this musical project was born within a survival program called ‘Finding Momoland’.

Recently one of the members, Daisy has made a series of statements about the reality show, her promotions, the treatment she received within the company and working conditions.

Daisy presented these allegations with her mother in the news ‘News9’, on January 7, belonging to the KBS network, where they were interviewed. The Momoland member said that MLD Entertainment did not allow her to promote around a period of 8 months, when she did not reach an agreement, they requested an amount of money of more than 900 thousand dollars for the cancellation of her contract, since they alleged That money was a fine for noncompliance. KHÉ?

Fans, knowing nothing about Daisy, confronted the company and they reported that the member was taking a break due to personal and health reasons, Daisy’s mother said she insisted on continuing with the promotions normally, to which MLD responded that they believed it was better if he rested.

This adds to statements Daisy gave about the Mnet-produced program, ‘Finding Momoland,’ which was intended to leave an official lineup for the MLD girl group, Daisy said the posts and eliminations were previously planned. According to his statements, everything was manipulated, a fraud.

Another thing he reported was that the girls who participated in ‘Finding Momoland’, shared the expense caused by the production of the program, the costs were covered by the families of apprentices who wanted a place within the group.

MLD Entertainment, has denied at all times the statements of Daisy and her mother about the program, as well as the rumors of manipulation. The company only said that the members of the girl group were informed, they had signed a contract where they absorbed the production costs with the knowledge of their parents.

In reply, MDL said that they would intervene legally for the injuries that Daisy and her mother were doing publicly, they informed that the legal actions were contemplated, since the idol’s mother has made multiple threats, all these statements are given in the middle of the comeback of the group, called ‘Thumbs Up’, which already has more than 25 million views on YouTube.